Women’s contribution to medicine in Bahrain: leadership and workforce

BACKGROUND: Women make up a significant proportion of workforce in healthcare. However, they remain underrepresented in leadership positions relating to healthcare for a multitude of reasons: balancing personal and work duties, favoritism toward men, lack of support from colleagues and mentors, as well as other factors. This study aims to recognize the contribution made by women in the Bahraini healthcare sector by determining the gender distribution in Bahrain’s medical schools, government hospitals, Ministry of Health, and National Health Regulatory Authority.

METHODS: Data were collected from the Bahraini Ministry of Health, National Health Regulatory Authority, Salmaniya Medical Complex, King Hamad University Hospital, Bahrain Defence Force Royal Medical Services, the College of Medicine and Medical Sciences in the Arabian Gulf University, and the Royal College of Surgeons in Ireland-Bahrain. Only physicians who held a Bachelor of Medicine and Surgery and a valid license to practice from NHRA were eligible to participate. Descriptive statistics were used to derive the frequencies and percentages of physicians with the following leadership positions: (1) top administrative positions (e.g., Chief executive officer); (2) heads of departments; (3) heads of committees; and (4) academic positions (e.g., Professor). Data were also collected from the two medical schools in Bahrain to see the trend in female enrollment into medical schools since 2004.

RESULTS: The results of the study indicated that leadership positions were mostly held by males in Bahrain (59.4% vs. 40.6%). However, Bahraini males and females equally dominated academic positions. Male physicians also dominated surgical specialties; however, female Bahraini physicians slightly surpassed male Bahraini physicians at the specialist and consultant levels (female to male: 11.9% vs. 10.4% and 33.2% vs. 30.4%, respectively). Furthermore, more females were reported to have general licenses. A trend analysis since 2004 showed that female medical students’ representation was higher than males over the years.

CONCLUSIONS: This study highlights the increasing trend of women’s participation and contribution to medicine in Bahrain. The data indicated continued growth in the number of female medical students and physicians. As such, it is likely that females will have a bigger impact on healthcare in the future with potential to hold more leadership positions in Bahrain. 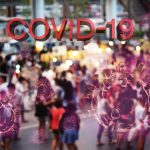 News
A Baby Spent 36 Days in an In-Network NICU. Why Did the Hospital Next Door Send a Bill?
Posted onJanuary 31, 2023 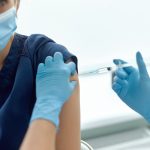 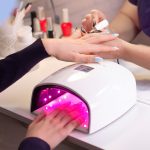