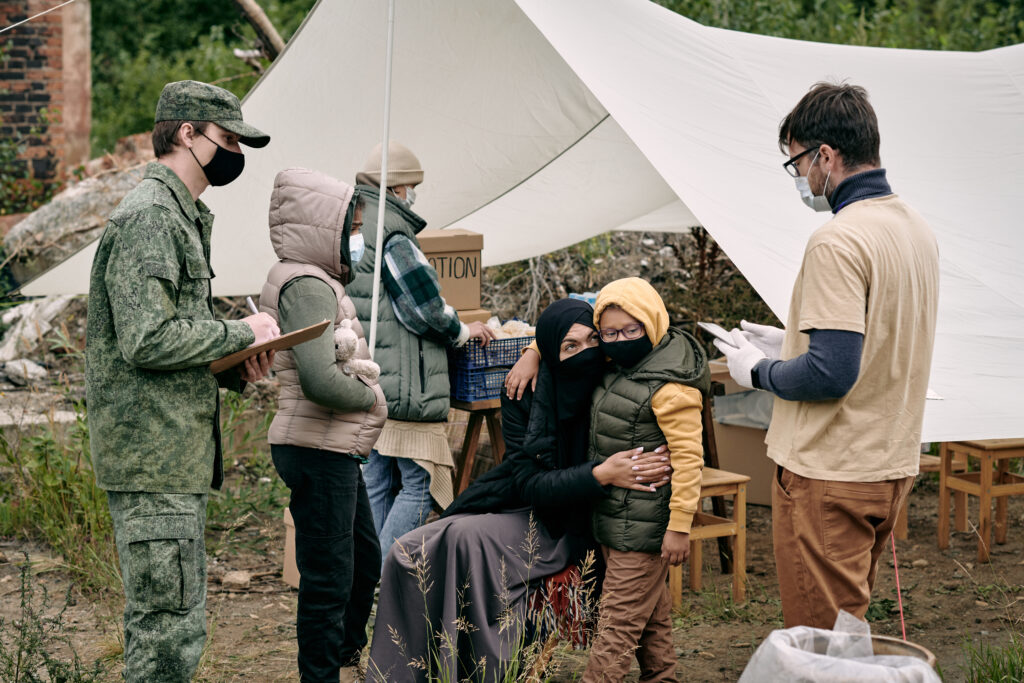 On the eve of February 23rd, 2022, little did the citizens of Kherson, Kharkiv, or any other Ukrainian city know what was coming for them. In the blink of a night, everything changed for them. They slept comfortably, but they woke up with the bangs and thunders of raining bombs fired by the Russian military.

Tensions between these two countries have been rising for some time, but Ukrainian citizens never expected this conflict to affect them so directly and severely. Many innocents had to leave their homes at the first opportunity. Some of them lost their lives, and many were severely injured. This exodus has rapidly become one of the biggest refugee crises.

It has been more than a month since the invasion began, but the influx of refugees into neighbouring countries has not stopped yet. Poland and Romania are the two countries with the highest influx of refugees. Thousands of wounded and injured Ukrainians are running to the borders with no time for medical treatment. For them, nothing is more important than escaping the horrors and the destruction of the war.

Russian bombings have severely affected commuting systems, so people are compelled to travel by foot for thousands of miles. The refugees assemble at the border and wait for the authorities to register them. Then they are taken to the refugee reception centers for immediate treatment and medical check-ups.

According to Dr. Vijai Bhola, a physician from the US volunteering for the humanitarian cause at one of the medical reception centers in Poland — people coming to the reception centers were in a state of shock, and they were traumatized because of the horrific situation they had to witness and endure.

The refugee crisis in Ukraine has been different from other refugee crises in nations like Syria or Yemen in the sense that the refugees are younger than individuals in other conflict zones. So, the refugees coming to the reception centers were not too suffering from severe physical injuries, but they were in a state of shock, and many were shattered mentally, says Dr. Bhola.

Most of the refugees who were fortunate enough to reach the reception center urgently needed medicines for conditions like diabetes and uncontrolled hypertension. Individuals who left their homes and traveled west and north-west had to take shelter in basements or underground metro stations.

As the transport system has been impacted, people in many areas are unable to access the medication they need. Dr. Bhola shared an incident about an elderly couple who reached the reception center about 15 days after leaving their house. Both needed urgent medication for high blood pressure, which they duly received at the center.

There are good facilities at the medical reception centers set up for the refugees, but people who have not had access to medicines for several days are in a critical condition.

War shatters the lives of individuals and destroys entire generations. In the end, there is no real winner of the war, but all losers.