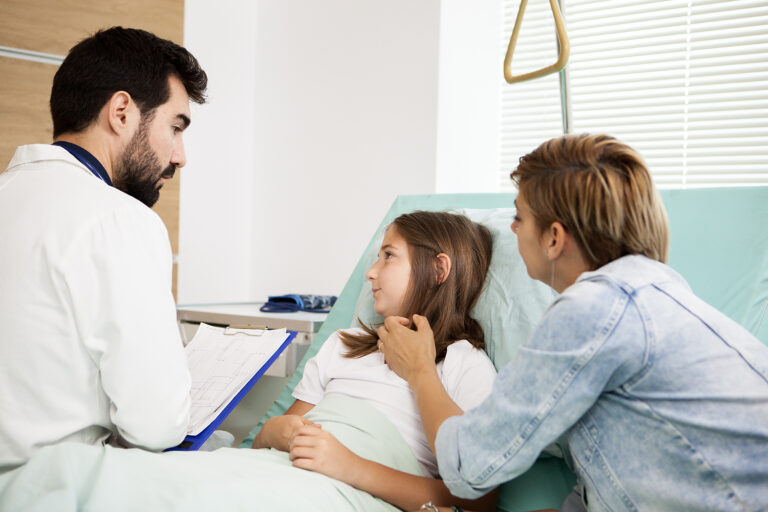 According to a report by researchers from the University of Utah (U Of U) Health, Fabric Genomics, and collaborators on a study led by Rady Children’s Hospital in San Diego, an artificial intelligence (AI)-based technology rapidly diagnoses rare disorders in critically ill children with high accuracy.

According to the researchers, the discovery foreshadows the next phase of medicine as technology aids clinicians in quickly determining the root cause of disease so they can provide patients with the right treatment sooner.

Mark Yandell, Ph.D., co-corresponding author on the research, states, “This study is an important milestone proving how rapid insights from AI-powered decision support tools have the potential to improve patient care greatly.” Yandell is a founding scientific advisor to Fabric, a human genetics professor, and the Edna Benning Presidential Endowed Chair at U of U Health.

“For genome-based diagnosis of uncommon genetic illnesses, clinical interpretation of genetic variants in the context of the patient’s phenotype is becoming the main component of cost and time investment.” By combining prediction methods with increased knowledge of genetic disease, artificial intelligence (AI) can substantially simplify and speed up genome interpretation. The investigators write, “Here we examine the diagnostic performance of Fabric GEM, a new AI-based clinical decision support tool for accelerating genomic interpretation.”

Every year, approximately seven million infants are born with severe genetic disorders around the world. The majority of these children’s lives begin in intensive care. A few NICUs in the United States, including U of U Health, are now scanning, or sequencing, the three billion DNA letters that make up the human genome to look for the genetic origins of disease. While sequencing the entire genome takes hours, diagnosing the ailment can require days or weeks of computer and manual analysis.

Yandell claims that this isn’t fast enough for some infants. It is vital to determine the reason for the newborn’s condition in order to provide effective treatment. These patients have the best chance of improving their condition if they receive a diagnosis during the first 24 to 48 hours following birth. Yandell’s team collaborated with Fabric to develop the new Fabric GEM algorithm, which uses artificial intelligence to detect DNA mistakes that contribute to disease.

According to Martin Reese, PhD – a coauthor of the paper – GEM uses AI to learn from a vast and ever-growing corpus of knowledge that has become difficult for clinicians and scientists to keep up with. GEM cross-references large databases of genomic sequences from diverse populations, clinical disease information, and other repositories of medical and scientific data, combining all of this with the patient’s genome sequence and medical records, he continues, adding that GEM can be combined with Clinithink’s CLiX focus to assist with the medical record search.

Tiny genomic variations, such as single DNA letter alterations or insertions or deletions of a small string of DNA letters, are identified mainly by existing technology. According to the researchers, GEM can also detect “structural variations” as illness causes. These changes are more significant and generally more complicated. Structural variations are thought to be responsible for 10 to 20% of all genetic diseases.