Menu
Almost 60% Of America Had COVID By February: CDC - medtigo

Almost 60% Of America Had COVID By February: CDC 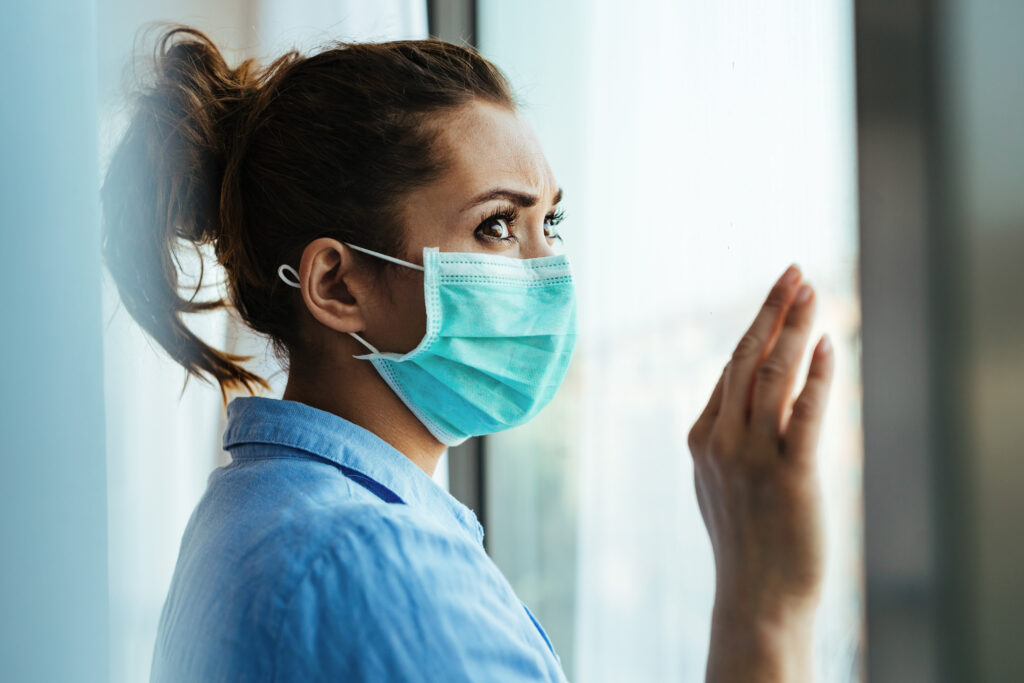 According to a report published Tuesday by the Centers for Disease Control and Prevention (CDC) and NDTV, Covid had infected 58 percent of the US population, or more than 190 million people, by February of this year.

With most infections untreated, asymptomatic, or unreported, the amount is significantly greater than the 80 million officially recognized cases.

According to research based on a nationally representative examination of antibody levels, almost 75% of people under 18 had been infected.

There was a massive increase during the winter Omicron wave, especially among children.

The research only looked at antibodies produced in response to a previous infection, not vaccination.

Using statistical methods, the national estimates were then weighted by age, gender, and metropolitan status.

On a conference call with reporters, Kristie Clarke, co-lead of the national Covid-19 serology task team, said, “Having infection-induced antibodies does not necessarily mean you are protected against future infections.”

“Previous infection has been demonstrated to provide some protection against severe sickness and hospitalization,” she continued, “and immunization, either before or after infection, provides additional protection.”

Because the length of infection-induced immunity is unknown, she underlined the importance of staying current with Covid immunization.

People over the age of 50 in the United States are currently eligible for their fourth injections, while those under 50 are eligible for third shots.

Only children under the age of five are not yet eligible for immunization.

“The best way to safeguard kids is to surround them with individuals taking preventative steps, such as being up to date on our vaccines,” Clarke added.

Meanwhile, President Joe Biden’s administration said that the number of locations where at-risk Americans can get free Covid-19 treatment pills would be doubled.

Oral medicines, such as Pfizer’s Paxlovid pill, are a critical new weapon in the fight to eradicate a virus that killed over 3,000 people per day in the United States alone a year ago.

Paxlovid is a “wonder medication,” according to White House Chief of Staff Ron Klain, who tweeted that “nearly all Covid deaths can be averted if folks who test positive take” it.

According to a White House official, with 20 million pill packs ordered for government purchase, they are now experiencing “inadequate supply,” and to tackle tis, distribution would be increased from the existing 20,000 locations almost 40,000 locations.

Infections caused by the BA.2 and BA.2.12.1 Omicron subvariants are rising across the country, including a spate of cases sweeping through the Washington elite.

According to the White House, Vice President Kamala Harris tested positive on Tuesday, but she is asymptomatic and is currently not considered a close contact of President Biden.

Upstate New York and the Northeast are also seeing an uptick in hospitalizations, prompting the CDC to urge indoor masks in those areas, although restrictions are no longer in effect.

Even though hospitalizations have increased, mortality has decreased dramatically, partly due to increased population immunity and the fact that the newer varieties are inherently less severe than those that came before them.

A little more than 300 people are dying every day. The country is set to hit the dismal milestone of one million deaths in the coming weeks.