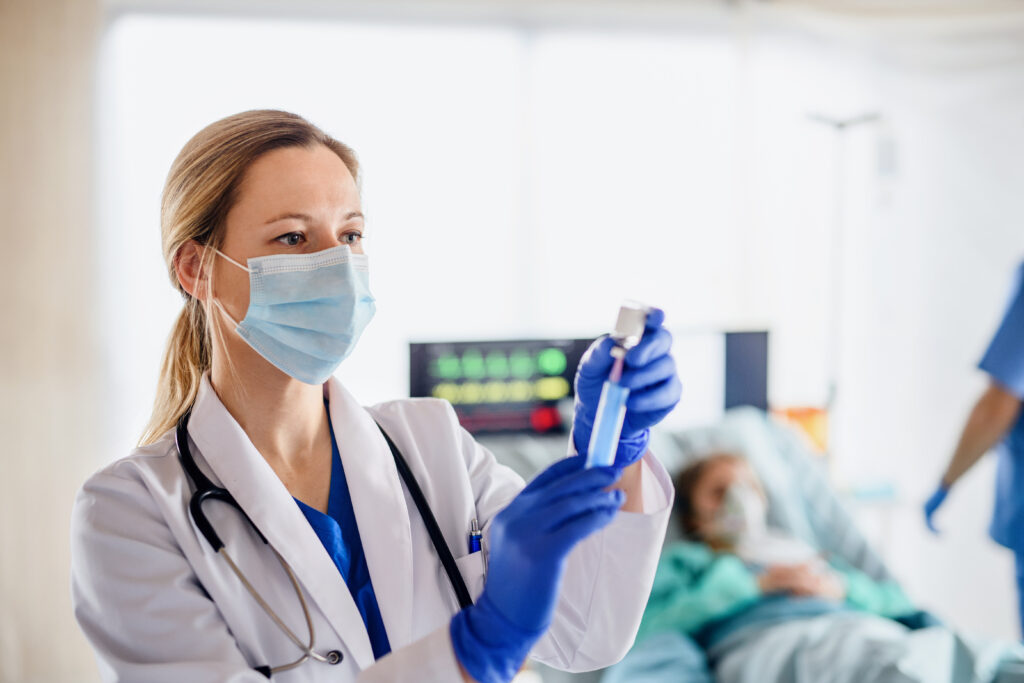 America has been first in line for COVID-19 vaccinations and treatments for the past two years. As drugmakers work on the next generation of treatments, the White House is warning that unless Congress acts quickly, the United States will be forced to take a number.

Already, the federal government has had to cut back on free treatment for the uninsured and reduce monoclonal antibody supply due to the congressional impasse on virus funding. Officials in the Biden administration are growing concerned that the United States is missing out on crucial opportunities to get booster doses and novel antiviral medications that could help the country retain its reemerging feeling of normalcy, even in the face of new variations and case increases.

According to the White House and US News, Japan, Vietnam, the Philippines, and Hong Kong have all ordered treatments and vaccination doses that the US cannot yet commit to.

The White House began warning months ago that the US had depleted the funds allocated to COVID-19 response from the $1.9 trillion American Rescue Plan. It asked for an additional $22.5 billion for “urgent” needs in the United States and abroad.

Last month, the Senate reached an agreement on a modest $10 billion measure focusing on domestic concerns. Even that agreement came apart when senators objected to the Centers for Disease Control and Prevention’s statement that the pandemic-related border restrictions imposed by Trump would be lifted.

The White House is pushing doctors to be less sparing when prescribing Paxlovid. This antiviral drug was formerly rationed for people at the highest risk of severe COVID-19 outcomes but is now more generally available. Last year, the government placed a 20-million-dose purchase, which helped improve production capacity.

When given within five days of the onset of symptoms, paxlovid has been shown to reduce hospitalizations and fatalities by 90% in individuals who are most likely to develop severe symptoms. The coronavirus is now killing 314 Americans a day, down from over 2,600 during the peak of the omicron wave earlier this year.

The United States is now falling behind, with a new generation of medicines on the horizon.

Japan has placed an initial order for Shionogi’s planned COVID-19 antiviral pill, which has been shown in trials to be at least as effective as Pfizer’s medication while also having fewer drug-to-drug interactions and being easier to administer.

Officials said the US has yet to place an advance order, which would let the company expand manufacturing to mass-produce the pill due to financial difficulties.

“We know firms are working on further, promising life-saving medicines that might protect the American people, and we risk losing access to these treatments, as well as testing and vaccines, if Congress does not provide extra funds,” White House spokesman Kevin Munoz said. “When Congress returns from recess, it must act quickly to get the funding necessary to secure new medicines for the American people and avoid this dangerous consequence.”

The antiviral and antibody medicines have extensive lead periods, which further complicates things. Paxlovid takes about six months to make, and monoclonal antibody treatments for COVID-19 and preventing severe disease in the immunocompromised take roughly the same amount of time. So, the United States is running out of time to replace its stockpile before the end of the year.

Because of contract restrictions, administration officials declined to reveal specific therapies they are unable to acquire.

The financing disagreement also prevents the United States from purchasing COVID-19 vaccine booster doses, including a new generation of vaccines that may provide superior protection against the omicron form.

Moderna and Pfizer are both testing “bivalent” vaccines, which combine each company’s original vaccination and an omicron-targeted version, with Moderna saying last week that their version will be ready in the fall.

The Biden administration has stated that while the United States has adequate vaccine doses for children under the age of five after they have been approved by regulators, as well as fourth shots for high-risk persons over the age of 50, it does not have the funds to order the latest generation of doses.

Republicans have shown no signs of backing down from their demand that the Senate vote on their effort to renew the Trump-era Title 42 directive before providing the 10 GOP votes needed for the COVID-19 funding deal to pass. On May 23, the COVID-related order requiring authorities to remove nearly all migrants at the border quickly will be lifted.

A vote to prolong the order during an election year would be risky for Democrats, and many hope it does not happen. Many people quietly hope Biden will leave the immigration restrictions in place or that a court would postpone the rules’ repeal, but Republicans may push a vote nonetheless.

“For the day not to be May 23, Congress would have to take action,” White House press secretary Jen Psaki said Monday.

Senate Majority Leader Chuck Schumer, D-N.Y., said earlier this month that legislation combining funds for COVID-19 and Ukraine would be introduced this spring. Aid to Ukraine has broad backing and might help push a bill through Congress, but Republican resistance has already forced lawmakers to cut pandemic response funds.

At least six Democrats, and possibly ten or more, are expected to vote in favor of the Republican amendment to prolong the immigration order, ensuring its success.

A vote like this would be risky for Democrats in battleground districts, who must appeal to pro-immigration core Democratic voters while also avoiding alienating moderates worried about the influx of migrants that eliminating the restrictions is projected to bring.

Any easing of immigration restrictions would be postponed for at least 60 days until the US surgeon general declares the pandemic emergency to be gone. The government would also have to offer a strategy for dealing with the expected surge in border crossings. Democrats who support leaving the immigration limits in place point to the administration’s lack of planning as their main concern, despite the Biden administration’s claims that it is preparing for an increase in border crossings.