Menu
As US Fentanyl Deaths Rise, States Scurry To Look For Solutions - medtigo

As US Fentanyl Deaths Rise, States Scurry To Look For Solutions 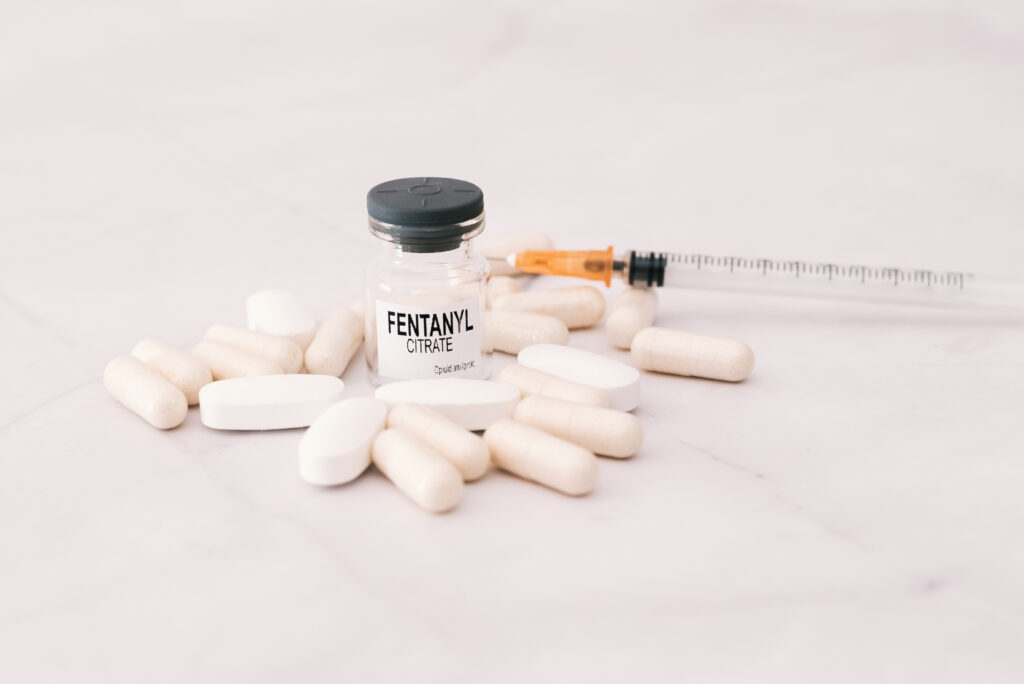 According to ABC News, state governments are scrambling for methods to prevent the carnage inflicted by fentanyl and other synthetic opioids. The addiction and overdose problem that has gripped the United States for two decades has become increasingly deadlier.

Legislators in statehouses throughout the country have been debating and passing legislation on two fronts; lowering the risk to users and boosting the penalty for trafficking fentanyl or mixing it with other narcotics. Meanwhile, Republican state attorneys general are demanding more federal action, and several Republican governors are sending the National Guard’s forces to Mexico to block the supply of fentanyl.

“It’s a difficult line to treat individuals and get them clean while also incarcerating and getting the drug dealers off the streets,” said Nathan Manning, an Ohio Republican state senator. He is pushing legislation to clarify that equipment used to test drugs for fentanyl is lawful.

There is a greater sense of urgency because of the medications’ deepening impact. The US Centers for Disease Control and Prevention announced last year that the country had reached a critical juncture. For the first time in history, more than 100,000 Americans died from drug overdoses in a single year. Fentanyl and other synthetic narcotics, 50 to 100 times more potent than morphine, heroin, or prescription opioids, were linked to about two-thirds of the deaths.

The recent case of five West Point cadets who overdosed on fentanyl-laced cocaine during spring break in Florida brought the fentanyl epidemic’s risks and pervasiveness back into focus.

Chemical precursors for the drugs are primarily supplied from China to Mexico, where much of the illicit fentanyl supply is manufactured in laboratories before being smuggled into the United States.

While users may seek out fentanyl on their own, it is often blended with other narcotics or made into counterfeit tablets, making it difficult for users to realize they are taking it.

Test strips, according to proponents, can help avoid accidental fentanyl overdoses. The ribbons are distributed at needle exchanges, concerts, and other gatherings where narcotics are likely to be sold or used.

The test strip legislation has been pushed by Thomas Stuber, the chief legislative officer of The LCADA Way. This Ohio drug recovery group serves Lorain County and the surrounding areas. It would also make naloxone, a medicine that may revive people who have overdosed on opioids, more accessible.

“This is a harm-reduction strategy that has a lot of support,” he said. “If someone is dead, we can’t treat them.”

According to data by the National Conference of State Legislatures, at least a half-dozen states have passed similar legislation since last year, and at least a dozen more are considering it.

Legislators in West Virginia, the state with the highest rate of opioid overdoses per capita, passed a measure this month to legalize the testing strips. It is now on its way to the governor.

Republican legislators pushed for the bill. However, state Delegate Mike Pushkin, a Democrat from central Charleston, has advocated for more access to fentanyl strips. Last year, he claimed, the situation worsened when a state law tightened needle exchange restrictions, forcing several of them to close.

Pushkin, who is also in long-term addiction treatment, is pleased with the approval of the testing strip bill but dissatisfied with the passage of another bill this month that would enhance the penalty for fentanyl trafficking. The bill would also make it illegal to mix fentanyl with another drug.

He explained, “Their initial instinct is, ‘We have to do something. It’s not just about doing anything; it’s about doing what’s right and getting results.”

However, many lawmakers believe that ensuring that fentanyl is subject to harsh criminal sanctions is a top concern.

Assemblywoman Janet Nguyen, a Republican from California, has filed legislation that would make selling fentanyl punishable in the same way as selling cocaine or heroin. Last year, there were moreover 600 recorded fentanyl-related deaths in Orange County, which the Republican represents.

“This is sending a message to people who aren’t afraid of selling these narcotics that there is a lengthier, heavier penalty than you might imagine,” said Nguyen, whose bill was defeated in a 5-2 vote last week in her chamber’s public safety committee. She stated that she was considering trying again once the bill failed.

She stated that committee members emphasized compassion for drug users, which she agrees with.

“The less readily available these drugs are, the better,” Nguyen added. “And that’s pursuing the drug dealer.”

On the same day her bill was defeated, a Democratic lawmaker in California introduced a new account to toughen fentanyl-dealing punishments.

According to the National Conference of State Legislatures, as of last year, 12 states had fentanyl-specific drug trafficking or possession statutes. Similar proposals have been introduced or debated in at least 19 states since the beginning of 2021, according to an examination of bills provided by LegiScan by the Associated Press. This does not include initiatives to add more synthetic opioids to controlled substance lists to align with federal law — these have been implemented in several states with bipartisan support.

Since February, when five individuals were found dead in a suburban Denver apartment from overdoses of fentanyl combined with cocaine, fentanyl has been in the spotlight in Colorado.

Possession of fewer than 14 grams of fentanyl with the intent to distribute is penalized with two to four years in prison under state law. However, according to a US Drug Enforcement Agency assessment, fentanyl is so potent that 14 grams can equal up to 700 deadly dosages.

In an interview, Colorado House Speaker Alec Garnett, a Democrat, said, “It’s making it impossible to hold the dealer accountable for the timeliness of the narcotics they’re peddling.”

Last week, he and a bipartisan group of lawmakers proposed a bill that would boost punishment for sellers with lower amounts of fentanyl and in cases when the drug causes death, which is also supported by Democratic Gov. Jared Polis. The bill would also make naloxone and test strips more accessible and direct those who have fentanyl into education and treatment programs.

The Drug Policy Alliance’s director of national relations, Maritza Perez, a proponent of harm-reduction strategies, is suspicious of the legislation that would enhance criminal sanctions.

“We have the highest incarceration rate in the world, and we’re simultaneously setting records for overdose deaths,” she stated.

Democratic governors are concentrating their efforts on damage reduction strategies. Illinois Governor Jay Pritzker is one of them, having published a comprehensive overdose action plan last month.

Several Republican governors and attorneys general have responded to the mounting death toll by enforcing state laws and advocating for increased federal engagement.

Govs. Greg Abbott of Texas and Doug Ducey of Arizona both called on states to assist protect the border with Mexico last year. Stopping the passage of fentanyl was suggested as a rationale and preventing people from entering the United States. Several other Republican governors have dispatched state troopers or National Guard units.

The Texas Military Department said its troops along the border confiscated more than 1,200 pounds (540 kilograms) of fentanyl from March 2021 through early this month. In 2021, federal authorities reported seizing roughly 11,000 pounds (4,990 kg) – still a small percentage of what was brought into the country.

The US Department of Justice filed over 2,700 cases regarding offenses involving the distribution of fentanyl and other synthetic drugs last year, about tenfold more than in 2017. Despite this, Republican state officials have criticized federal efforts to keep fentanyl out of the country.

16 Republican state attorneys general wrote to US Secretary of State Antony Blinken in January, urging him to put more pressure on China and Mexico to curb the influx of fentanyl. Dr. Rahul Gupta, the National Drug Control Policy director, said that efforts are already being made.

“Fentanyl is killing Americans from all walks of life in record numbers,” Morrisey said in an emailed statement to the Associated Press, “and the federal government must respond forcefully, across the board, using every instrument at its disposal to stem the flood of death.”