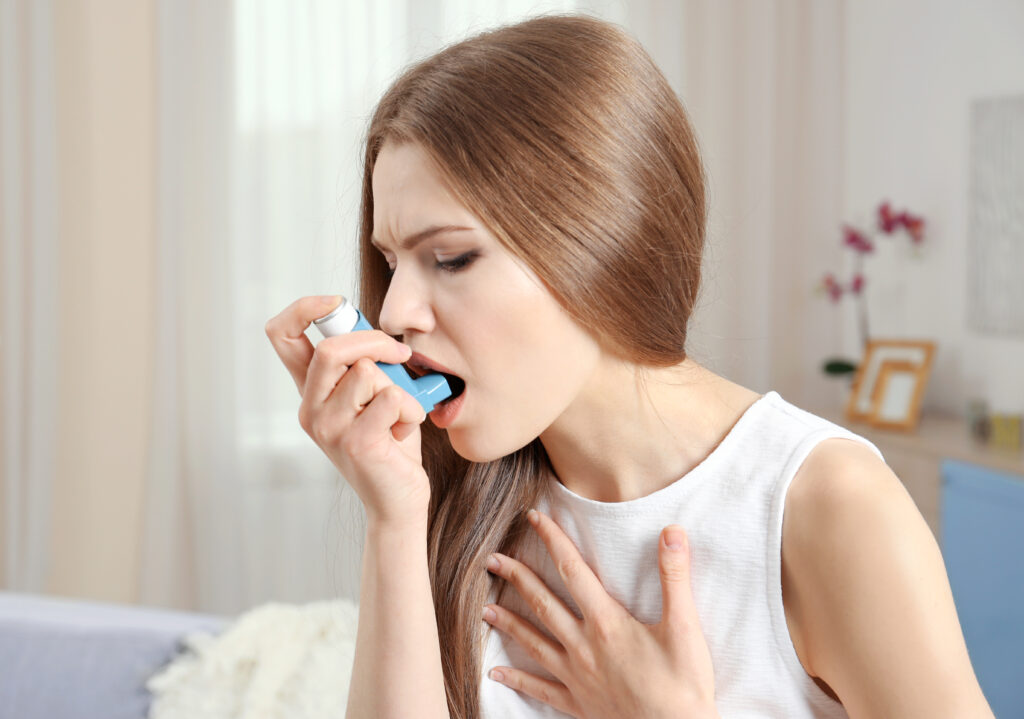 Adults with asthma frequently require corticosteroids to open up their airways. Still, the drugs may have an unexpected consequence: According to new research, the medicine increases the chance of patients becoming obese, especially when given in pill form.

“Oral corticosteroids are commonly given to asthma patients, especially those with a lengthy history of asthma, and oral corticosteroids have been demonstrated to affect the development of obesity in asthmatic people directly,” stated lead researcher Subhabrata Moitra. As a postdoctoral scholar, he works at the University of Alberta in Edmonton, Canada.

Patients who used inhaled corticosteroids did not have an elevated incidence of obesity, according to Moitra.

Patients who are aware of the triggers for their asthma can avoid them. According to him, certain triggers can be related to job, air pollution, or tobacco smoke.

As reported by US News, Moitra’s team discovered that almost 15% of individuals without asthma grew fat, compared to about 17% of those with asthma, using data from the European Community Respiratory Health Survey from 1990 to 2014 and follow-ups every ten years on more than 8,700 people. After accounting for characteristics such as asthma and smoking, the researchers discovered that people with asthma had a 21% higher risk of obesity than those without asthma.

People who had asthma for the longest time were 32 percent more likely to become obese than those who had it for the shortest time. Compared to those who did not take these medications, those who took oral corticosteroids had a 99 percent higher chance of obesity. The researchers discovered that the hazards were the same for both men and women.

Stopping oral corticosteroids after becoming obese will not automatically result in weight loss. Obesity also makes asthma harder to manage, according to Moitra.

“I don’t think stopping using steroids will affect obesity if you don’t modify your lifestyle, undertake physical exercise, or change your diet,” he said. “Obesity aggravates asthma, necessitating a steroid or additional medications to control symptoms. As a result, it’s a feedback loop.”

The study was published in the journal Thorax on April 27.

According to one researcher, oral corticosteroids do not fully explain why adults with asthma are prone to obesity.

“The link between obesity and asthma is well-established,” said Dr. Sherry Farzan, an allergy and immunology physician at Northwell Health in Great Neck, N.Y. “Obesity increases the risk of developing asthma, but it also increases the severity, makes asthma harder to control, and reduces the effectiveness of standard medications.”

She added that oral corticosteroids are known to cause weight gain, especially when used long-term. The relevance of oral corticosteroids in the obesity reported in this study is understandable. Still, it does not fully explain the effect because patients who were not on these treatments had a higher risk of obesity, according to Farzan.

“Oral corticosteroid use and asthma duration may be confounders,” she noted, implying that the underlying severity of asthma is the major factor linked to obesity.

However, the study emphasizes the need to use oral corticosteroids with caution in asthmatics, as they may be the only controllable factor contributing to obesity, according to Farzan.

“It would be ideal for our patients if we limited oral corticosteroids to those circumstances when they are essential,” she said. “It’s critical to conduct more study into the mechanisms underlying the obesity-asthma link to determine the best treatments for our patients.”