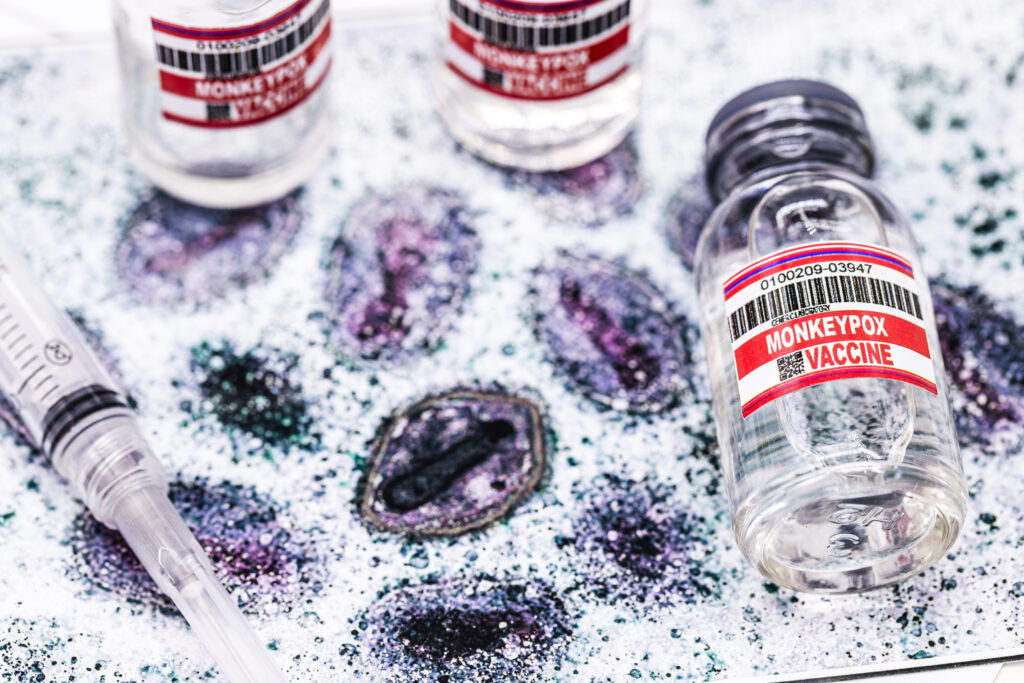 Prioritizing those who have been exposed to the virus in states with the highest infection rates, the Biden administration unveiled a new plan to immunize eligible Americans against monkeypox.

As per Hindustan Times, the HHS will collaborate with state and local health departments to provide vaccinations to those at the highest risk, primarily members of the LGBTQ community or those who identify as men and have sex with men.

This is a crucial component of the strategy to combat the outbreak. Cases have risen to over 306 at the national level, a number that experts believe is likely an underestimate due to inadequate testing.

In a statement, HHS Assistant Secretary for Preparedness and Response Dawn O’Connell said, “Our current objective is to ensure that the limited supply of Jynneos vaccine is deployed to those who can most immediately benefit from it while we continue to secure additional vaccine doses.”

Unlike Covid-19, vaccination after exposure to monkeypox can significantly slow the spread of the virus and protect the most vulnerable, according to White House Covid Response Coordinator Ashish Jha on a media call.

Jennifer McQuiston, director of High Consequence Pathogens and Pathology at the Centers for Disease Control and Prevention, states that the new vaccination strategy broadens the definition of who is considered direct contact. Previously, the CDC concentrated its vaccination efforts on high-risk contacts of patients with monkeypox.

Men who have sexual contact with men “who have had multiple sex partners in a venue where monkeypox was known to exist or in an area where monkeypox is spreading” fall under the new definition.

According to a press release, the administration plans to distribute 296,000 doses of Jynneos in the coming weeks, including 56,000 doses that will be available immediately. In the coming months, a total of 1,6 million additional doses will be made available, thereby augmenting the current stockpile at the Strategic National Stockpile.

Supplies of the Jynneos vaccine, which consists of two injections administered four weeks apart, are dwindling. The Health Department of New York City opened appointments to eligible New Yorkers last week, but its initial supply of 1,000 doses was exhausted within days of the announcement. On June 24, health officials stated that they were working to acquire additional doses.

Director of the CDC, Rochelle Walensky, stated that the administration intends to provide vaccinations to a larger population. The CDC is developing a protocol to allow the use of Bavarian’s Jynneos vaccine in children if necessary, according to documents from a meeting of agency advisers last week. Currently, the vaccine is approved for use in adults.

Krutika Kuppalli, an advisor to the World Health Organization, said on Twitter that two pediatric cases of monkeypox had been identified so far in the global outbreak, which has now reached over 4,700 cases. According to local media reports, one case was reported in France over the weekend, and another was reported in the Netherlands.

This new US vaccination strategy builds on recent efforts to decentralize and expand monkeypox testing, according to government officials, in order to “dramatically improve convenience for patients and health-care providers nationwide.”

The administration announced last week that, by early July, testing capacity would be expanded to five of the nation’s largest commercial laboratories. Similar to errors made in the early stages of the Covid pandemic, experts had warned that the United States was not conducting enough tests to detect the full scope of the outbreak.

Walensky also stated that healthcare providers should have a “high clinical suspicion” for monkeypox and that anyone with a suspicious rash should be tested.

Additionally, the CDC announced on Tuesday that it would activate its Emergency Operations Center for monkeypox and add 300 personnel to assist with the outbreak. The center is deployed to respond to various threats to public health, such as natural disasters and other infectious disease outbreaks, such as Covid-19.