Blood Tests Offers Ray of Hope For Those With Depression 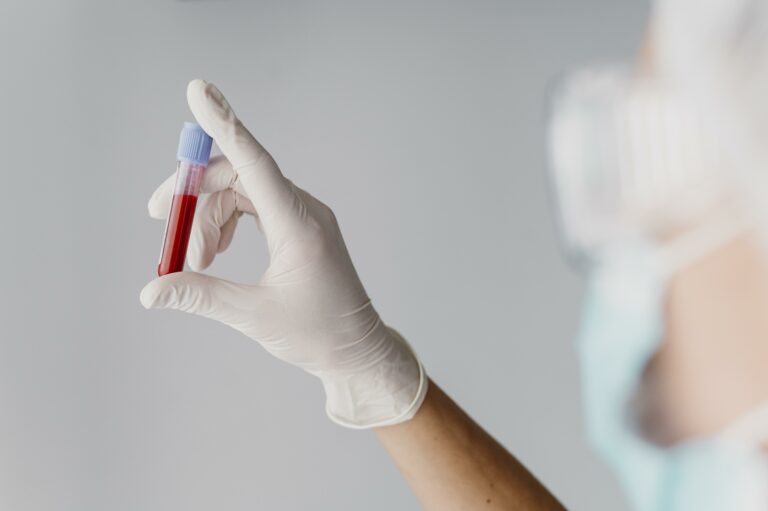 In what might be a massive breakthrough in diagnosing mental health illnesses, a blood test employing RNA markers gives sufferers with mood disorders like depression fresh hope.

In April, the blood test was launched by a team from Indiana University School of Medicine in the United States, claiming it to be psychiatry’s first-ever biological answer to identifying a mood illness.

Dr. Alexander Niculescu, a psychiatrist and geneticist who conducted the study, said, “Our study indicates that it is possible to utilize a blood test for depression and bipolar disorder that has clinical usefulness, can distinguish between the two, and match them to the proper medications.”
“Years of trial and error, hospitalizations, and side effects are avoided.”

We believe that this, as well as other tests and apps we’ve developed, can help a lot of people with these conditions.” The research looked into the biological underpinnings of mood disorders and developed a measure to determine whether a person has depression or bipolar disorder.

Dr. Niculescu’s team based the test on 15 years of an earlier study on the relationship between psychiatry and blood gene expression biomarkers — detectable indicators of a biological state in the form of RNA, DNA, proteins, or other substances.

According to Dr. Niculescu, every system in the body — the brain, neurological system, and immune system – follows a similar growth path.
“For example, when you’re stressed or sad, your blood and immune system are affected by psycho-neurological mechanisms, hormones, and other things that are released,” he told Al Jazeera.

Immune activation or inflammation, on the other hand, would have an impact on the brain. Because some of the biomarkers were shown to be influenced by Selective Serotonin Reuptake Inhibitors (SSRIs), a type of antidepressant, they could aid in treatment. Lithium carbonate, a mood stabilizer used to treat bipolar disorder, influenced three others in prior research. “We have a list of pharmaceuticals… rated by how well they match [the patient’s] biological profile depending on which of those biomarkers is changed in [a patient,” Dr. Niculescu stated.

Dr. Niculescu and his team’s blood tests are now available as CLIA tests for physicians to obtain through a company founded by Niculescu and other professionals in the field. The Clinical Laboratory Improvement Amendments (CLIA) are a collection of US federal guidelines for laboratories that analyze human specimens for health assessment, illness diagnosis, prevention, or treatment.

According to Dr. Niculescu, this process was carried out within the study itself through numerous testing and validation steps in independent cohorts. According to the report, independent large-scale genetic research published following the study’s completion also yielded positive results.

Professor Ian Hickie, co-director of health and policy at the University of Sydney’s Brain and Mind Centre and a former Australian national mental health commissioner, claims that finding a single algorithm that applies to all mood disorder patients is unlikely because the disorders are so individual and are based on a clinical presentation at various stages of life.

Rather than categorizing illnesses, his team is connecting physiology and biology to specific people’s symptoms. “What systems have been disrupted?” How are they portrayed? He said, “What are the signs of it that you can detect?” “What is the combination of biological, behavioral, and other therapy that corrects the problem… and then keeps you well?”

He argues that these facts can be utilized in conjunction with a clinical assessment to provide a more accurate and decisive diagnosis and therapy.