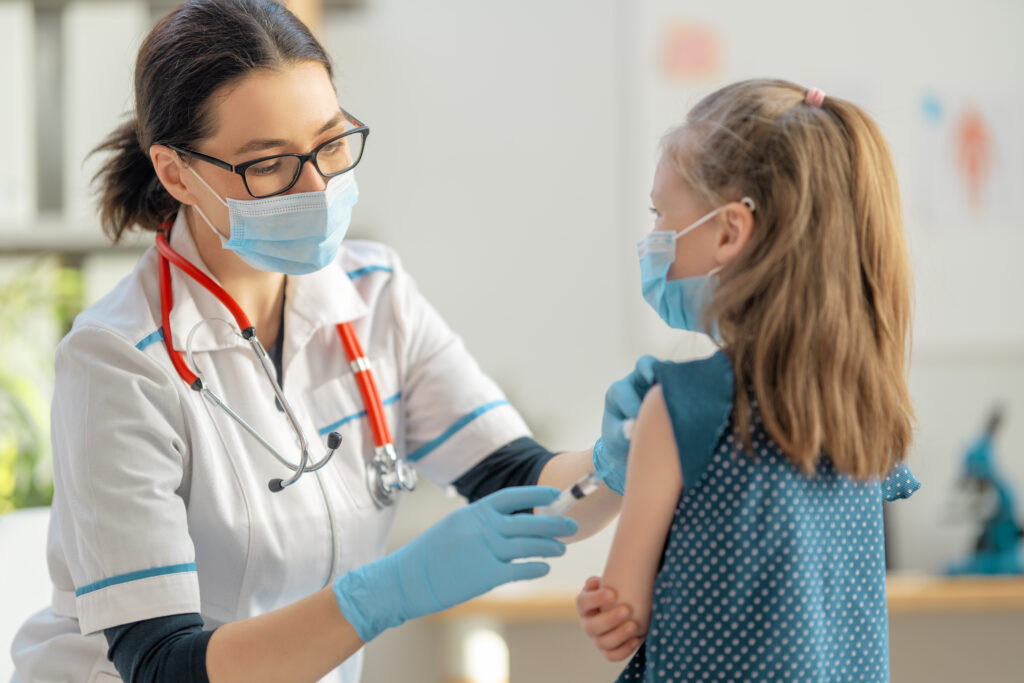 As the COVID cases have started to increase in some parts of the US after the government lifted the mask mandates, a sigh of relief came when the vaccine manufacturers, Pfizer-BioNTech, announced that the booster dose increases the immunity of children against coronavirus.

According to a report published in the Washington Post, Pfizer and BioNTech intend to request the Food and Drug Administration to authorize booster shots for 5 to 11 years old school-going children. The additional shot would be given after six months to the fully-vaccinated children, say the companies.

The parents are still in dilemma whether to get their wards another shot or not. Only about 28 percent of children aged 5 to 11 have been fully vaccinated, says the Centers for Disease Control and Prevention’s data. On the other hand, several scientists believe that the coronavirus vaccine is a three-dose regimen.

The confusion among parents is also because of the fact that the Pfizer and BioNTech vaccine provided poor protection against the coronavirus during the omicron wave. The protection was poorer than the adolescents.

The Pfizer-BioNTech is currently the only vaccine available for the children of this group. The vaccine has been available since November last year. But, a CDC study says that the vaccine was only 46 percent effective in the prevention of emergency departments visit.

According to the new data presented in the news release, the third dose of the vaccine plays a significant role and increases the levels of virus-blocking antibodies.

The study has not been peer-reviewed yet in the children’s case, but it echoes a similar trend. The antibodies were able to block the virus 6 times more after taking the third shot than after a month of taking the second shot, says a Washington Post report.

As far as the children below 5 are concerned, they don’t have any vaccine as of now. Pfizer-BioNTech are running its third shot of trial after the first two shots were terribly failed. Moderna, on the other hand, its vaccine for small children triggered defenses in babies as young as 6 months old. But, the company has not submitted the data to the regulators yet. It is expected to do it soon.