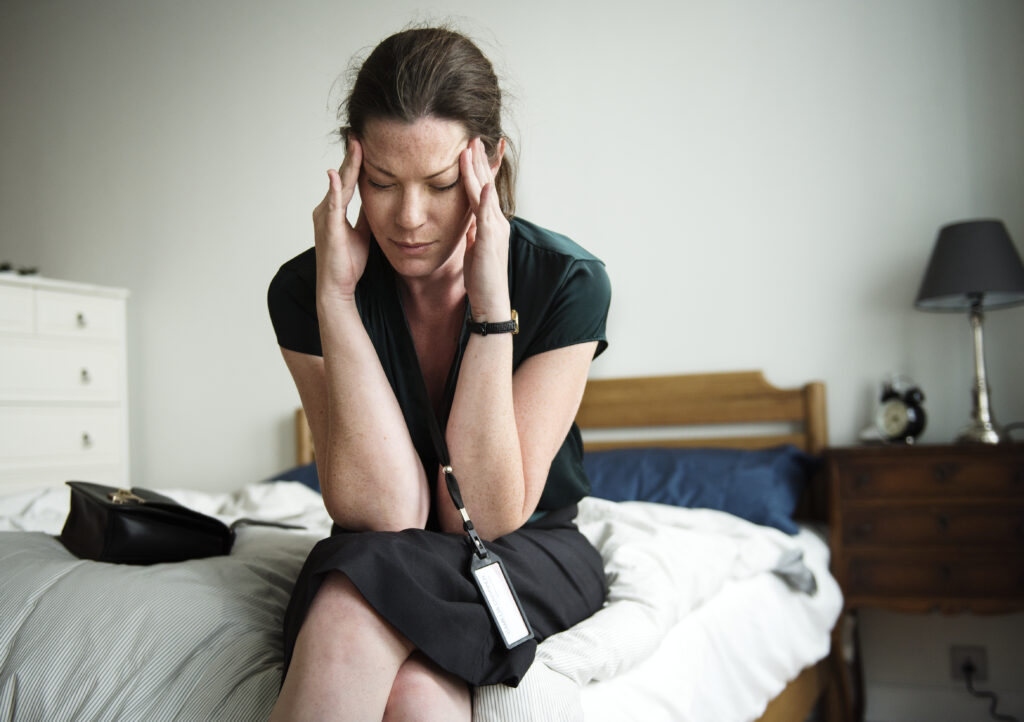 Have difficulties sleeping because of the COVID-19 pandemic?

Anxiety, depression, and other mental health issues are common causes of the same – as concluded by an examination of data from over 5,000 persons who wore a digital sleep device before and during the epidemic.

The authors also looked at responses to a mental health survey completed by around 15% of those users in June 2020.

“People’s sleep patterns before the pandemic were connected with their likelihood of mental health symptoms during the pandemic,” said research author Mark Czeisler of Brigham and Women’s Hospital in Boston.

“We don’t know the direction of this association,” Czeisler stated in a hospital news release, “but we do find evidence of the crucial function of sleep during the pandemic, especially as we seek modifiable risk factors that could assist improve mental health.”

During the pandemic, his team discovered that research participants received 15 minutes more sleep every night and had more consistent sleep timing. They went to bed later than usual but awoke much later than their usual time.

However, not everyone in the research slept better, and in some cases, sleep worsened.

According to the researchers and US News, about 20% of study participants tested positive for symptoms of anxiety or depression. Thirty percent tested positive for burnout, and approximately two-thirds said they had increased their use of substances to cope with stress.

Participants who slept less than six hours the night before and during the middle of the pandemic were more likely to experience anxiety, despair, and burnout. Sleep inconsistency was also linked to a higher risk of mental and behavioral health issues.

The findings were published in the journal Sleep Health on April 19th.

“Our research highlights the importance of sleep for mental health, particularly during stressful times,” Czeisler added. “Putting sleep first and developing a regular sleep schedule can help safeguard you during these times.”

The findings may not apply to the broader population of the United States because 71 percent of study participants were men and 77 percent were white, according to the researchers.

The researchers want to see if people who have mental health symptoms in June 2020 still have them and what impact sleep might play in their mental health outcomes.