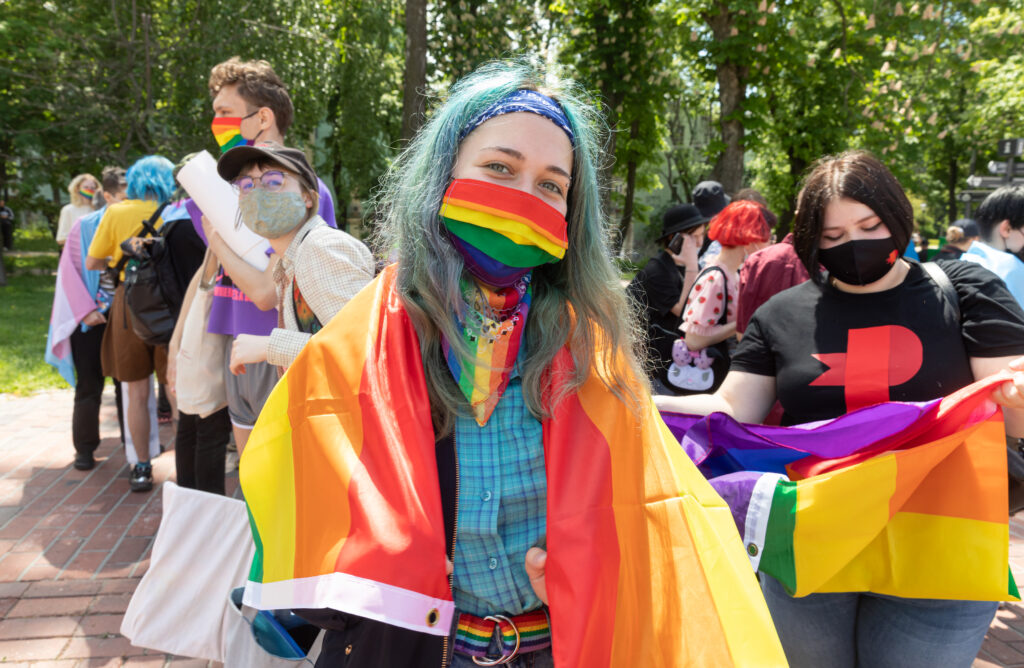 Zuriel Hooks, who resides in Montgomery, Alabama, began taking hormones at 17. She claimed that receiving gender-affirming medical care gave her hope for the future.

Hooks, now 19, told NBC News, “This is something I know I need in my life. It had a significant impact on who I am. It motivates me to continue in life. I can’t convey the emotion of having that ripped away from me; it’s just dreadful.”

A law currently before the state Legislature might prevent minors, or those aged 18 and under, from receiving transition-related health care, as Hooks did.

Sex is something that “cannot be changed,” according to the Vulnerable Child Compassion and Protection Act, and transition-related care is described as “experimental.” It would make it illegal for medical practitioners and parents to provide gender-affirming medical care to transgender people under 19. It would entail a felony criminal penalty of up to ten years in jail and a fine of up to ten years $15,000.

Shay Shelnutt, a Republican, said in Senate debate this month that he disagrees with the medical definition of gender dysphoria, which is a conflict between a person’s assigned sex at birth and their gender identity, and that his definition is “someone who thinks they should be a girl if they’re a boy or thinks they should be a boy if they’re a girl.” The bill, he claimed, aims to “defend our children” by “putting an end to these procedures and medications on our youngsters.”

The Senate adopted the bill on March 1 and now travels to the House, where it is expected to succeed, though it is unclear when it will be considered. If the law passes the House, it will be signed by Republican Governor Kay Ivey.

Ivey hasn’t said anything about the bill in public. Last year, she signed a bill prohibiting transgender girls and women from participating in female school sports teams. If she signs the bill, Alabama will join Arkansas and Tennessee as the third states to restrict gender-affirming care for minors, following Arkansas, where a judge blocked a similar measure from taking effect in July, and Tennessee, which passed a bill last year prohibiting very young minors from receiving such care.

The limits in Alabama, Arkansas, and Tennessee are part of a national trend in which governments have shifted their focus from homosexual rights to trans rights in recent years. According to an NBC News investigation, the number of measures restricting gender-affirming health care for transgender minors has increased from one in 2018 to 36 this year. Bills aimed at curbing transgender athletes’ involvement in sports have grown from zero in 2018 to 58 this year.

The legislation, according to supporters, is based on misinformation about gender-affirming medical care, which is backed by all relevant certified medical associations and is being utilized as a wedge issue by Republicans to turn out conservative voters. Two weeks before the Republican primary election earlier this month, Attorney General Ken Paxton and Gov. Greg Abbott directed the state child protective services agency to investigate the parents of transgender minors for child abuse if it appeared the juveniles were receiving medical care such as puberty blockers or hormones. Paxton appealed a temporary order against the probes issued by a judge earlier this month. An appeals court reinstated the injunction on Monday.

“Why?” Hooks and other trans individuals in her neighborhood have asked politicians.

“It’s incredibly terrible that they didn’t even ask us how we felt,” she remarked. “It’s terrifying because they’re making the decision because they want to.”

Hooks is a spokesperson for the Knights and Orchids Society, a Selma, Alabama-based organization that offers free health and wellness services to the Black LGBTQ community. She is also a customer of the organization who undergoes gender-affirming medical treatment.

“For us, the amount of individuals that this would directly affect doesn’t even begin to tell the tale of how badly it would affect them individually, and it would be for a duration that would be beyond our control if it had to go to court,” said Quentin Bell, the group’s executive director.

One of the group’s 15-year-old clients wants to start using puberty blockers, but “even though their guardian is on board,” he added, “if this passes, they wouldn’t be the only minor we work with who would be affected by this choice.”

“They’re just trying to survive daily,” he said, adding that most of the group’s customers can’t keep up with anti-trans bills. Legislation moves swiftly as well. In the previous month, anti-trans laws have gained traction in more than a dozen additional states.

“If anything, they know we’re going to do our job no matter what,” Bell said of the group’s clients. “We’ll keep providing essential services to them. Our physicians and medical care professionals will do everything they can. Our community partners will speak out, and our supporters will fight for them every step,” she says.

The bill’s possible ramifications are also being considered by the few clinicians in the state who give gender-affirming care to kids.

Dr. Morissa Ladinsky, an associate professor of pediatrics and co-leader of UAB Pediatrics’ gender health team, claims her group is the only one of its sort in Alabama, Mississippi, or the Florida Panhandle. Patients from those three states, as well as those from Georgia and Tennessee, are served.

If the measure is enacted into law, she estimates roughly 150 of her patients will be affected. She went on to say that the genuine impact would be considerably more significant.

“The young who would be most affected by this bill if it became law, and who keep me up at night, is the youth I have yet to meet,” she said. “Those still looking for a label, a term, describe who they are and where their identity is developing. And when you take away hope that they may live the truth that they’re just beginning to comprehend, you take away health for those youth I’ve never met.”