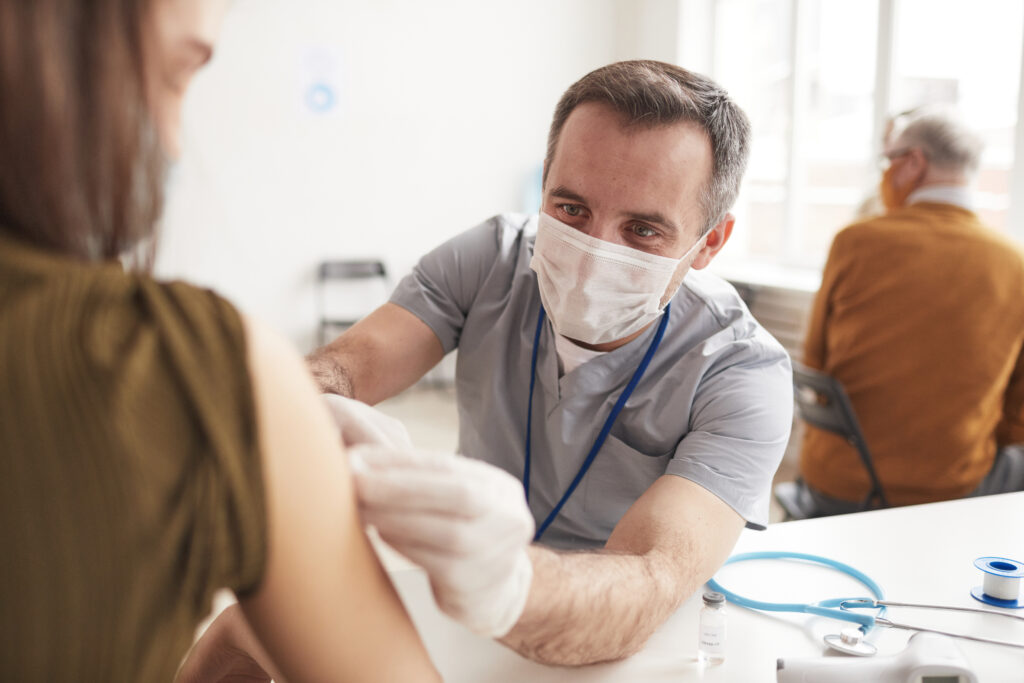 Only a year ago, individuals were queuing around the block to obtain a COVID-19 vaccine, incessantly scrolling websites to find a time to schedule a shot, and uploading photos of their Band-aided deltoids once they received one.

However, as the United States approaches having 4 out of 5 people at least partially vaccinated against COVID-19, vaccination rates have remained stable, with little change in the percentages of persons who have received their primary injections in the last two months.

According to data from the Centers for Disease Control and Prevention and the nonpartisan research organization USAFacts, the country’s partial immunization rate has decreased significantly since December. Between February 28 and March 28, the percentage of Americans who had received at least one dose increased by half a percentage point and by seven-tenths of a percentage point between March 28 and April 28. The overall vaccination rate increased by a similar percentage.

As per US News, in April of last year, when everyone 16 and older became eligible for a vaccine, the partial vaccination rate increased by about 15 percent. According to the CDC and USAFacts, there were more modest bumps of roughly 3 to 4 points in August and December.

The rush to get vaccinated appears to have evaporated from people’s minds when the COVID wave generated by the omicron version began to subside. Many schools, interior spaces, and public transit, such as airlines, are no longer required to wear masks due to pandemic regulations. According to a Kaiser Family Foundation poll done in March, 41% of adults said they’d essentially returned to their pre-pandemic activities or had never changed their activities in the first place, while another 42% said they’d returned to at least some pre-pandemic activities.

Dr. Italo Brown, an emergency room physician at Stanford Hospital in California, says, “There’s a widespread propensity to feel like we’re out of the pandemic.”

According to Brown, vaccines have helped reduce the pandemic’s severity, and COVID-19 hospitalizations and deaths have been declining for weeks. However, case rates have recently begun to rise again, with high COVID-19 community levels recently observed in the Northeast, as measured by a CDC tool that includes cases, hospitalizations, and inpatient beds used by COVID patients.

According to Brown, the pandemic isn’t ended; the country is simply in a break before the next act.

“Right now, the focus is on persistent symptoms such as long COVID,” Brown explains. Even months after an initial coronavirus infection, there is still a lack of understanding of managing chronic COVID and what causes some people to develop debilitating symptoms such as body aches, lethargy, and brain fog.

Meanwhile, just 86 counties out of more than 3,100 in the 50 states and the District of Columbia observed an increase in the number of people who had received the entire course of COVID vaccination from March 29 to April 28. However, certain towns, such as Brooks County in Texas (up 9.3 points to 71.8 percent with a full course), San Diego County in California (up 5.9 points to 76 percent), and Oglala Lakota County in South Dakota, were able to significantly increase their immunization rates (up 3.7 points to 79.4 percent ).

Overall, booster shot campaigns performed slightly better, with 660 counties increasing their booster rates by more than 1%. The state of New Hampshire, in particular, has seen an increase in booster shots, with nine of the state’s ten counties seeing increases of more than six percentage points.

Dr. Peter Hotez, a vaccination researcher and professor at Baylor College of Medicine, believes that booster injections should be prioritized because vaccine protection declines with time.

“We haven’t articulated why getting a booster is essential,” Hotez says, noting that new coronavirus variants are expected to emerge in the coming months.

Furthermore, he emphasizes that simply maintaining existing levels of first immunization is insufficient. The vaccination rate is declining as more time passes without people receiving booster, and their capacity to fight off a COVID infection deteriorates.

“Due to diminishing immunity, this amount is no longer adequate,” Hotez explains. “As a result, we must cease to be complacent.”