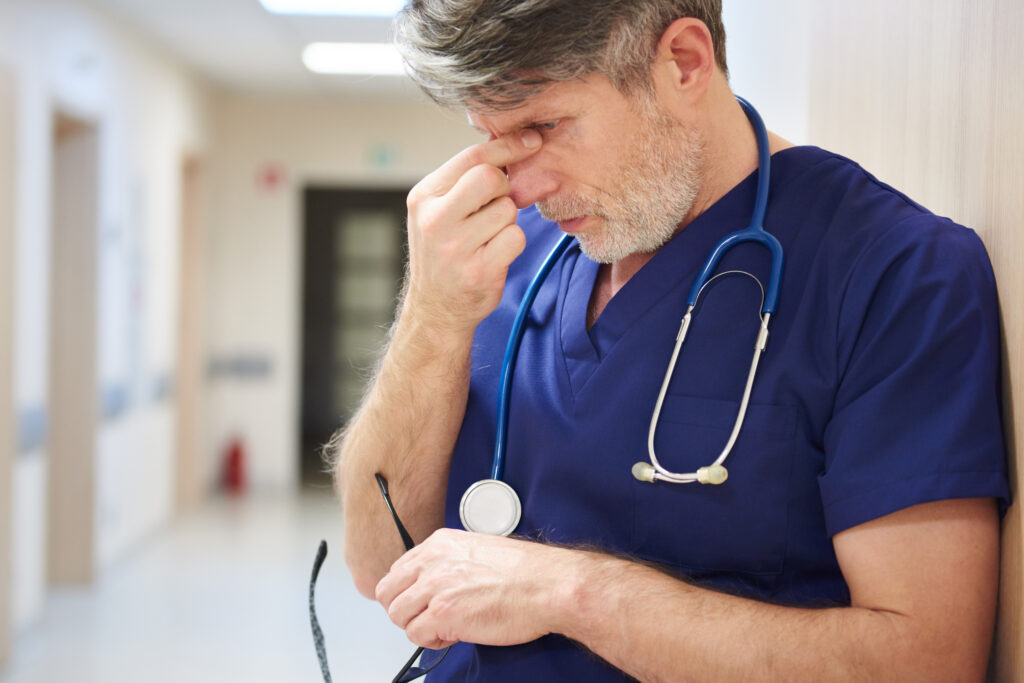 The Covid-19 outbreak highlighted deadly discrepancies in health care in 2020, and George Floyd’s assassination brought the country’s attention to the pervasiveness of systematic racism. Maybank emphasized the AMA’s work to “dismantle racist and discriminatory systems and practices throughout all health care,” denouncing racism as an urgent threat to public health. This includes sponsoring implicit bias training for medical personnel and lobbying for solutions to issues that the organization had not previously addressed, such as housing inequity and police violence.

However, according to NBC News, by the fall of 2021, commentators, think-tank researchers, and doctors — both liberal and conservative — claimed that the medical group had overstepped its objective of helping health care professionals and was now embracing a “woke” worldview. And, behind closed doors, the blowback was becoming extremely savage — especially for Maybank.

Messages directed at Maybank, who is Black, progressed from trolling on social media to threats of murder after the American Medical Association produced a communication guide last October identifying words and phrases that doctors should avoid not insult particular groups of patients. Maybank said she returned home in New York to find a crude death threat spray-painted on her front door. The AMA hired a security detail for her and deleted her online presence to restore her privacy.

“When it gets that close, it’s pretty dangerous,” Maybank, a physician and senior vice president of the American Medical Association, said of the harassment. “However, I believe people must be aware of it – I am not the only one.”

According to Maybank and a dozen other doctors and researchers working on this issue, the medical establishment has placed an unprecedented focus on resolving the barriers to medical care and the poor health outcomes that people of color routinely confront over the last two years. However, these medical professionals, researchers, and supporters have faced unprecedented opposition, which has included everything from lawsuits to cable news attacks to harassment and death threats.

The outpouring of criticism is the latest chapter in a national debate over the teaching of racial history and the role of racism in American society, known colloquially as “critical race theory,” which has resulted in educators losing their jobs and school boards being inundated with legal claims. It’s also a continuation of the intimidation and threats directed at public health authorities regarding pandemic mitigation policies.

Doctors and professors working on anti-racism projects say they’re fatigued and on edge, especially after an extremist group protested outside Boston’s Brigham and Women’s Hospital in January. The activists carried a poster that said the hospital “kills whites” and distributed fliers with the names and faces of two doctors who established a trial program to improve cardiac results for Black and Latino patients.

Following news that the demonstrators were linked to a neo-Nazi group by WGBH, almost 150 people participated in an emotional Twitter Spaces debate led by Dr. Brittani James, a primary care physician and anti-racism activist in Chicago. She described why she had been moved to tears by the Boston demonstration.

“It impacted me hard because, selfishly, as a Black woman in this environment, doing this work, you simply wonder, ‘How long till my face is on a poster?'” James stated his opinion. “How long before I’m pursued?”

Doctors and academics ask for more support from their institutions and professional associations regarding the abuse and discuss how to respond to the backlash and trolling.

Monica McLemore, a nurse and reproductive health lecturer at the University of California, San Francisco, said, “I fully expect this to worsen before it gets better. There will be more harassment in the future, more pushback, and more unexpected events, and I believe we should be prepared for it.”