E-Cigarettes Make It Harder For Teens To Quit Smoking: Study 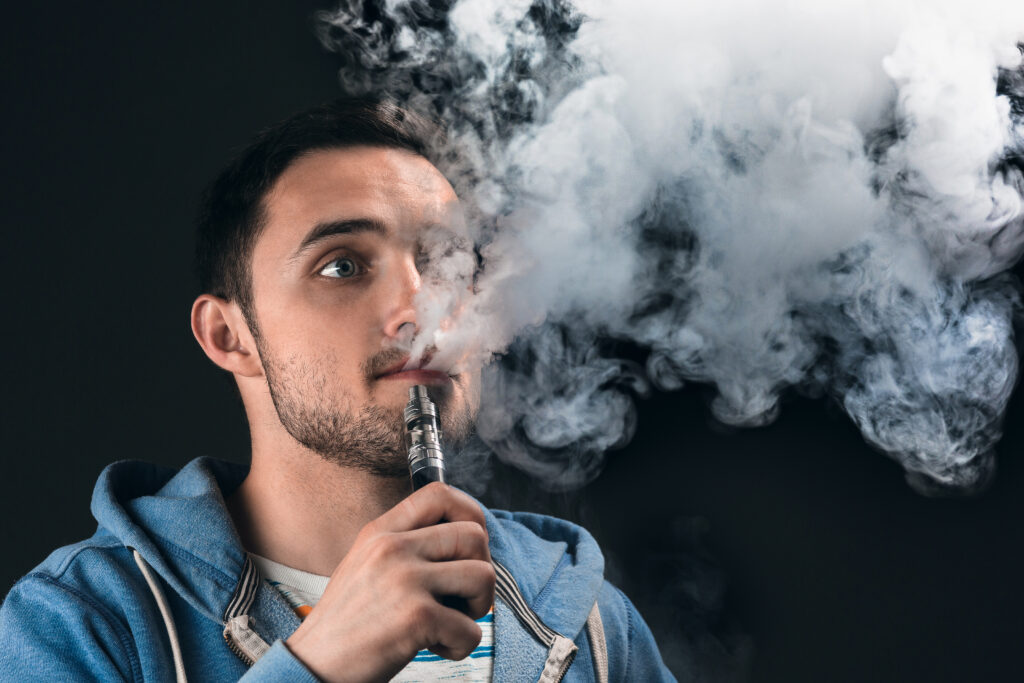 According to a new study and as reported by US News, electronic cigarette use contributes to an increase in the number of young people who try but fail to quit consuming nicotine.

According to a study published Tuesday in the Journal of the American Medical Association, the percentage of adolescents who reported at least one unsuccessful attempt at quitting either electronic or combustible cigarettes was 5.74 percent in 2020. Compared to previous prevalences of adolescents who had attempted to quit smoking traditional cigarettes, this is the highest prevalence of failed attempts in over a decade, or since 2006.

The findings are estimates based on a study of survey results from more than 815,000 middle and high school students from 1997 to 2020. They also found that adolescents who reported at least one failed effort to quit smoking combustible cigarettes increased slightly from 1.27 percent in 2019 to 2.23 percent in 2020 but remained well below the 9.82 percent in 1997.

According to lead study author Richard Miech, a research professor at the University of Michigan’s Institute for Social Research, E-cigarettes represent a possible threat to recent advances in reducing nicotine use among teenagers.

Many people consider the substantial drop in the overall smoking rate in the United States to be one of the century’s most significant public health achievements. According to data from the Centers for Disease Control and Prevention’s National Youth Risk Behavior Survey, high school students who reported smoking cigarettes at least once 30 days before being surveyed dropped from 36% in 1997 to 6% in 2019.

“Unfortunately, more youngsters are battling with nicotine due to e-cigarettes,” Miech says. “With e-cigarettes, we’ve taken a significant step backward.”

E-cigarettes were the most popular tobacco product among teenagers in 2014, and concerns about their potential public health danger have grown.

According to a 2018 advice from the US surgeon general, e-cigarette usage among middle and high school adolescents grew 900 percent between 2011 and 2015. According to the CDC, one out of every 35 middle school pupils and one out of every nine high school students smoked electronic cigarettes in the previous 30 days in 2021. In 2021, however, 1 in every 100 middle school pupils and 2 in every 100 high school students reported smoking cigarettes in the previous 30 days.

According to the 2021 National Youth Tobacco Survey results, released this month in the CDC’s Morbidity and Mortality Weekly Report, more than 80% of the 2.5 million middle and high school students who reported using a tobacco product in the previous 30 days had used e-cigarettes. Nearly 40% of e-cigarette users said they had used them at least 20 times in the last 30 days.

According to Matthew Myers, president of the Campaign for Tobacco-Free Kids, e-cigarette makers’ targeted marketing to younger users, combined with a lack of clear messaging about the risks such devices pose to children, has continuously contributed to the rapid rise in youth e-cigarette usage.

“The industry’s portrayal of these items as stylish, sophisticated, and modern in advertising has deceived youth into believing they are safe,” Myers adds.

Despite previous efforts by federal officials to limit flavored e-cigarettes that may appeal to children, Congress included a provision in the recently signed $1.5 trillion omnibus appropriations bill that allows the Food and Drug Administration to regulate synthetic nicotine products as tobacco products, thereby closing a regulatory loophole. Anti-smoking groups applauded the bill’s inclusion as a step toward tighter regulation of how e-cigarettes are manufactured and sold.

The JAMA study, according to Myers, validates assumptions that e-cigarettes, rather than combustible cigarettes, are causing a higher proportion of children to become seriously addicted to nicotine.

Myers says, “We need to do a lot more to help youngsters hooked to e-cigarettes quit. The threat posed by e-cigarettes is greater since the current e-cigarette delivers more nicotine… more quickly to children, resulting in a more intense addiction.”

Another significant issue is the scarcity of research on effective methods for helping young people quit vaping. According to Myers, many of the programs targeted at reducing youth smoking have primarily focused on prevention.

Currently, over-the-counter nicotine replacement medicines such as patches and gums, which have been on the market for years to assist adults in quitting smoking, have not been approved by the FDA for use in children under the age of 18, necessitating their service through a physician.

“More research on these FDA-approved devices and alternative approaches for children is needed,” Myers says.