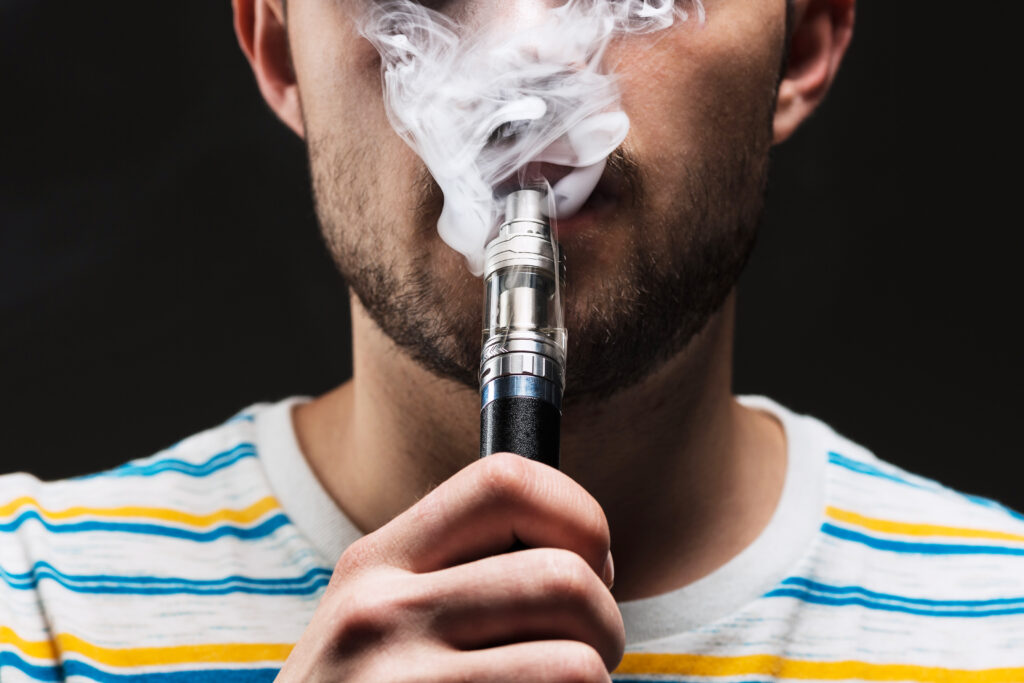 E-cigarettes have long been marketed to help people quit smoking traditional cigarettes, but a recent study reveals that this is a fallacy. Researchers discovered that when compared to other smoking cessation aids, e-cigarettes resulted in fewer effective attempts. They also noted that e-cigarette users were less prone to relapse than non-users.

“I think the idea of e-cigarettes as the one thing that can help everyone quit has faded,” said study author John Pierce, a professor emeritus at the University of California, San Diego’s Herbert Wertheim School of Public Health and Human Longevity Science. “Replacing your nicotine source isn’t the key here.”

According to him, most smokers who attempted e-cigarettes to quit did not use high-nicotine vapes. It’s unclear whether doing so will improve the quit rate, but it’s something academics will investigate. The US Food and Drug Administration approved the sale of one famous e-cigarette brand in October, claiming that it could help individuals quit regular cigarettes.

Given the results of this study, Pierce said he’s not sure what evidence the FDA will accept as proof that e-cigarettes help individuals quit. He pointed out that leaving isn’t easy.

“Many people find quitting to be the most difficult thing they can do. In the last 30 years, the success rates of quit attempts have remained the same, “Pierce remarked. “We don’t have any excellent successful techniques of doing it — we need enough motivation. It’s just a matter of your motivation.”

Pierce and his colleagues used PATH to collect data on more than 3,500 smokers who attempted to stop, and more than 1,300 who succeeded (Population Assessment of Tobacco and Health Study).

E-cigarettes, nicotine patches, gums, inhalers, nasal sprays, lozenges or tablets, other tobacco products, or the medications Chantix (varenicline), Wellbutrin, or Zyban were among the methods used to try to quit (bupropion). Users of electronic cigarettes were asked how much nicotine was in their vapes. Participants were followed for at least a year.

More than 12% of those who had recently tried to quit indicated they used e-cigarettes alone or combined with other products in 2017. Other tobacco products were used by about 2.5 percent of those polled. About 21% took nicotine replacements or one of the medications, and 64% quit smoking without using anything else.

Those who quit using e-cigarettes before 2017 had a lower chance of succeeding by 2019 than those who didn’t use them at all (10% vs. 19%). The researchers found that e-cigarettes were associated with seven fewer successful quitters per 100 would-be quitters than other pharmacological aids.

E-cigarettes did not reduce the risk of relapse when compared to non-vaping smokers. By 2019, researchers discovered that about 60% of former smokers who used e-cigarettes daily had switched back to traditional cigarettes.

Dr. David Hill, a medical representative for the American Lung Association, said, “The data for e-cigarettes as a smoking cessation therapy has never been excellent.” “As a result, our study demonstrates that they’re not a good way for people to quit smoking. According to Hill, who was not involved in the study, the best method to stop is to work with your doctor and a counselor.

“Quitting successfully without that kind of comprehensive care is unlikely to succeed,” Hill added. But, he noted, anyone who sincerely wants to stop smoking can do so. “I’ve rarely seen someone who is sincerely committed to quitting and can’t be persuaded to do so,” Hill added. “Sometimes it takes several tries and a range of techniques.”

“The issue with e-cigarettes is that they’re still nicotine combustion products, and our lungs weren’t built to inhale hot products,” Hill explained. He noted that the long-term effects of e-cigarette use are unknown because they haven’t been around long enough to know.

According to Hill, more than a quarter of high school pupils vape. As a result, he claims, makers are hooking a new generation rather than removing addicts from these items. The findings were published in the journal Tobacco Control on February 7th.