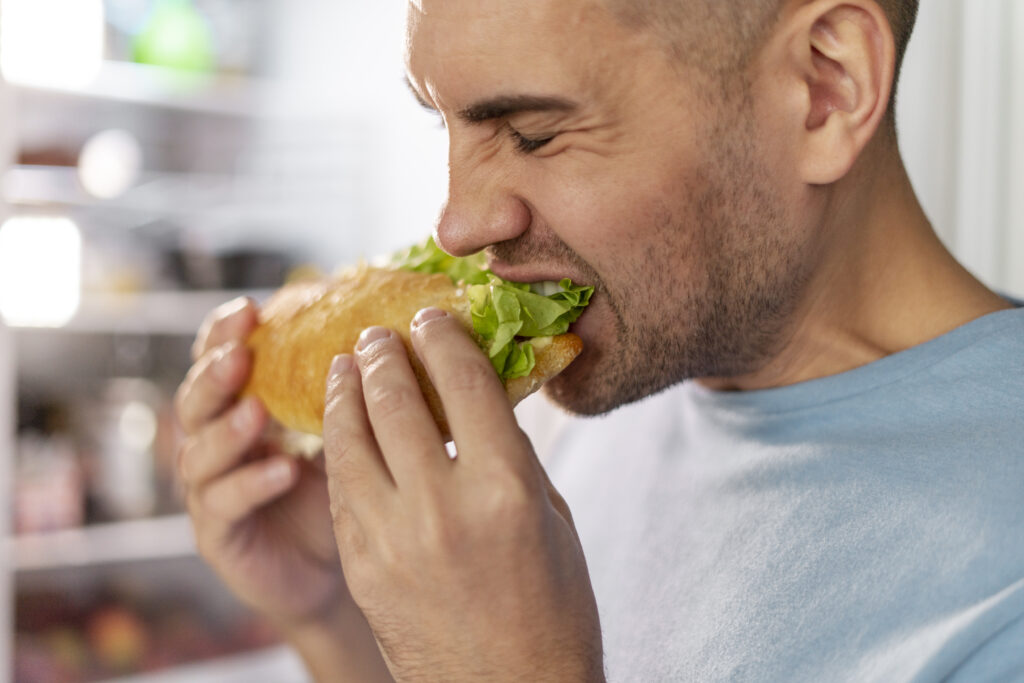 When people think of eating disorders, they usually picture a disturbingly thin Caucasian female with reed-thin arms and pronounced ribs and shoulder blades.

You don’t imagine a toned, burly muscle man drinking a protein smoothie and obsessing over carbs in between workouts. But perhaps you should.

According to a new study reported by US News, men and several minority groups have been significantly underrepresented in clinical trials investigating treatment options for eating disorders.

According to research co-author Helen Burton Murray, head of the GI Behavioral Health Program at Massachusetts General Hospital in Boston, the number of males who participated in clinical trials for eating disorders during the previous decade was “less than half of what we would like to see.”

Experts say that part of the problem is that guys aren’t as susceptible to eating disorders as women; therefore, doctors don’t diagnose them.

However, they could be looking for the wrong symptoms. Experts believe that male pattern eating disorders are distinct from the diseases that have been well-documented in women.

According to Burton Murray, between 2011 and 2020, about 20% of men participated in clinical trials for binge eating disorders, which is almost half of what is required for accurate representation. According to recent estimates, guys account for up to 40% of all binge eating instances.

Male representation was considerably worse in anorexia/bulimia research. Although men account for 19% of anorexia and bulimia cases, male participation in therapeutic studies for these disorders is fewer than 5%.

According to Burton Murray, one possible cause is that doctors detect eating disorders in men less frequently. Men often don’t seek medical treatment as continually as women, making them less likely to be enrolled in clinical research.

“Males have been demonstrated to be less likely than girls in prior research studies to be diagnosed with an eating disorder or to seek or receive treatment,” Burton Murray said. “Perhaps the recruitment techniques of these studies were to recruit from clinic groups where they had previously been diagnosed with an eating issue,” says one researcher.

The findings were just published in the JAMA Network Open journal.

According to Dr. Timothy Walsh, creator of the eating disorders research department at the New York State Psychiatric Institute/Columbia University Irving Medical Center, this tendency of women enrolling in studies more than men holds for all clinical research.

“In general, women are overrepresented in clinical trials,” Walsh explained. “According to my knowledge, women in this country spend more on health care than men. Women are more likely to visit clinics, both for basic care and for research, for a variety of reasons.”

But, as Stuart Murray, director of the Eating Disorders Program and the Translational Research in Eating Disorders Laboratory at the University of Southern California’s Keck School of Medicine, points out, men have generally been overlooked in eating disorder treatment and research.

According to Murray, the first cases of anorexia were described in 1860 and comprised both males and women.

“We’ve understood this was a condition that might impact guys from the beginning,” he said.

However, according to Murray, men were excluded from eating disorder research for the following century, even though the field advanced by leaps and bounds with establishing diagnostic criteria, symptom measurement, and even therapies.

Murray explained, “All of those incredibly critical advances happened in the complete absence of any research by men.”

This resulted in diagnostic criteria that were skewed against women. According to Murray, you can’t be diagnosed with anorexia unless you’ve ceased having menstrual cycles.

Even once medicine realized that men could suffer eating problems, Murray continued, those cases were thought to be so infrequent that they could skew the outcomes of clinical trials. As a result, guys are frequently excluded from eating disorder studies.

Men, like women, can acquire eating problems such as anorexia, bulimia, and binge eating.

“They appear to be highly similar to women’s symptoms. With the minimal data we have, no one believes they require significantly different therapy or interventions,” Walsh remarked.

However, according to Murray, gender-specific eating disorders affect men that have yet to be thoroughly identified or explored.