Menu
Eating Red Meat Is A Red Sign For Your Health. Here's Why - medtigo

Eating Red Meat Is A Red Sign For Your Health. Here’s Why 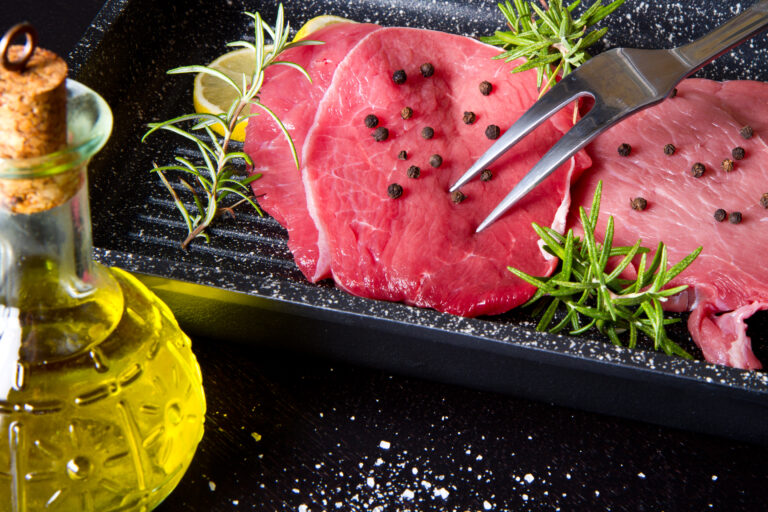 According to the authors of new research published in BMJ Global Health, producing red meat for export has environmental consequences for destroyed habitats and biodiversity. It also hurts customers’ health.

The significant expansion in worldwide trade in red and processed meat, according to scientists, has hindered efforts to make human diets more nutritious and sustainable.

This is because the trade boosts consumption in countries that do not produce much red or processed meat for domestic use. The researchers calculated the contribution of international trade in these types of meat was compared with the health burdens of cancer, heart disease, and diabetes.

They estimate that worldwide traffic in red and processed meat has contributed to a 75 percent increase in the global burden of chronic diseases over the last two decades.

“It’s a good idea to think about cutting down if you consume a lot of meat on most days,” Amanda Finch, health information manager at Cancer Research UK, said. “However, the less you eat, the lower your risk,” she told Medical News Today, “therefore reducing down is excellent for your health no matter how much you consume.” In studies, red and processed meat consumption has also been related to an elevated risk of heart disease and type 2 diabetes.

Scientists at Michigan State University’s Center for Systems Integration and Sustainability in East Lansing, MI, projected changes in health hazards related to global trade in red and processed beef. Based on the quantities produced by each country, they computed the daily consumption of these sorts of meat in 154 countries per person of population. Beef, hog, lamb, and goat were the most common red meats studied. Products preserved by smoking, salting, curing, or chemical preservatives were included in the statistics for processed meat, which primarily consisted of beef and pork.

To find the health implications of meat intake, the researchers analyzed data from the Global Burden of Disease project, examining the impact of specific risk factors for each country. According to them, higher consumption due to trade caused 10,898 fatalities worldwide between 2016 and 2018. Between 1993 and 1995, there was a 74.6 percent growth.
From 165,008 DALYs in 1993–1995 to 313,432 DALYs in 2016–2018, DALYs related to the global meat trade increased by 89.9%. The top meat-exporting countries generating these health burdens shifted from New Zealand, Australia, and the United States to Brazil, Germany, and the Netherlands over the same period.

At the same time, the contributions of Brazil, Argentina, and Paraguay to global red and processed meat commerce climbed from 0.5 million tons to 2.4 million tons over this time. This reflects an increase in worldwide beef exports from 4.9 percent to 9.7 percent. Toga, The Bahamas, Antigua and Barbuda, Seychelles, and Singapore, all of which import a lot of red and processed meat, have had a particularly negative influence on their health due to the global meat trade.
Although high-income countries accounted for more than 65 percent of trade-related fatalities and disabilities, low-income countries bore the brunt of the increased health burden.

According to the authors, this is attributable to high-income countries’ reliance on imports to meet the rising demand for meat due to fast urbanization and wealth rise. “[Very] few international initiatives and national guidelines for sustainable diets explicitly address the spillover impacts of meat trade across countries.”
“As a result, cross-sectoral strategies (health, production, and trade) to minimize reliance on red and processed meat imports are urgently needed in these vulnerable countries to reduce diet-related [non-communicable disease] incidence and mortality,” says the report.