Menu
Exercise Is Beneficial For Those With Depression: Review Study - medtigo

Exercise Is Beneficial For Those With Depression: Review Study 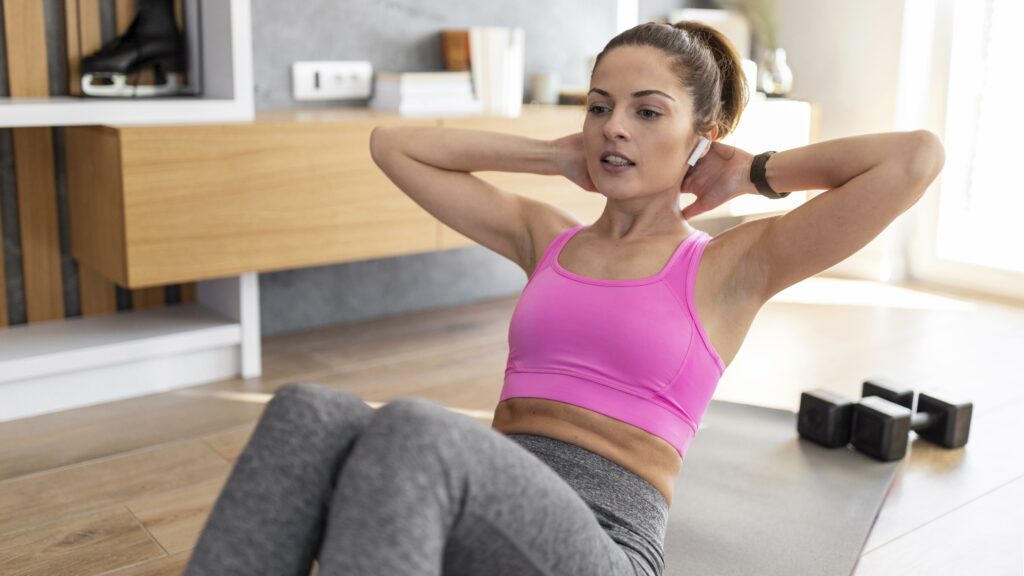 Most people are aware that exercise is beneficial to their health.

According to a new study, it may also help people with severe depressive disorder.

Researchers looked at 15 existing studies on exercise and depression and discovered a link between physical activity and the risk of depression. The researchers predicted that a specific quantity of exercise may have avoided nearly 12% of cases of depression.

It didn’t take long at all.

As per US News, the researchers, led by Soren Brage and James Woodcock from the University of Cambridge School of Clinical Medicine in England stated that physical activity was linked to significant mental health benefits, even when people didn’t exercise as hard or as often as public health recommendations.

The study discovered that people who walked for 2.5 hours a week had a decreased risk of depression than those who did not exercise at all.

“Every single movement, every single step, counts. It doesn’t have to be as much as you require for your bodily well-being. You can get away with half of that, supported by research, “Jennifer Heisz, a neurologist not involved in the study, agreed.

Heisz is an associate professor in McMaster University’s Department of Kinesiology in Ontario, Canada.

More than 191,000 people were involved in the 15 studies examined for this new paper.

According to the report, depression affects around 280 million individuals worldwide and is the primary cause of mental health-related illness burden. It’s linked to early death from suicide and health problems.

According to the authors, estimating the amount of exercise required can be difficult.

Many people with depression go undetected, according to Heisz. It can also be challenging to persuade people who are depressed to exercise, so knowing that any movement has benefits could be beneficial to them, she added.

Heisz recommended that people try to move a little every day. It could be a five- or ten-minute stroll. For folks who sit all day, it may be a two-minute mobility break every 30 minutes.

“That’s how easy we need to get, especially for folks who aren’t moving at all and to understand that people who are depressed face a further obstacle to motivation,” she added.

“I believe the mounting evidence indicates that we need to begin discussing the benefits of exercise for these folks, either on its own or as a supplement to medication,” Heisz said.

Exercise, counseling, removing substances of abuse, and adding pharmaceuticals mainly designed to be therapeutic all play a role in treating depression, according to Baum, who was not involved in the research.

According to her, there are numerous reasons why exercise may be beneficial to mental health.

It has the potential to increase brain circulation and reduce inflammation and the body’s immunological response. There’s a link between depression and heart health. According to Baum, intangible benefits, such as feeling empowered or having a sense of well-being, may also exist.

Though there are many variables, including genetics, the authors of this new study accumulate a lot of data to support the link between physical exercise and depression.

Baum has seen how over-exercising may cause burnout in athletes or be a factor in eating disorders in her work, so she was pleased to find that the study looked at when the advantages of exercise might plateau.

“At least they alluded to an adverse link at a particular crossing point,” Baum said. “Of course, it’s tough to measure.”

While many doctors tell their patients that exercise is good for them, Baum says it’s crucial to reinforce that message. To model exercise behavior in her sessions with patients, she may sometimes walk or run with them.

“I think we physicians, general internal medicine, psychiatry, and probably every other discipline, break down somewhere; we might tell our patients to exercise, but you have to keep repeating it,” Baum said.

The study findings were published online in JAMA Psychiatry on April 13th.