Experimental Vaccine Taken During Pregnancy May Shield Baby From RSV 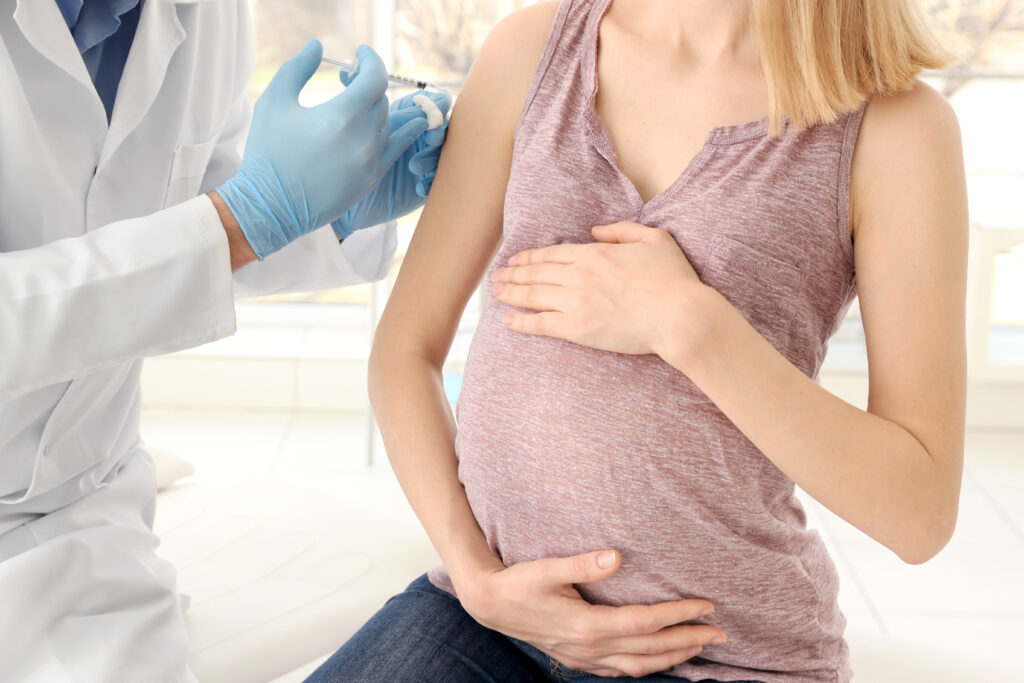 An experimental vaccination given to expectant mothers has shown early promise in protecting babies from a potentially fatal respiratory virus.

According to US News, Pfizer is developing a vaccine to protect babies from the respiratory syncytial virus or RSV. RSV usually results in nothing more than a cold. However, some babies, particularly preemies and young children with certain medical disorders, can cause deadly lung infections.

The researchers discovered that the experimental vaccination, known as RSVpreF, may be safely administered to pregnant women between the 24th and 36th weeks of their pregnancy. The vaccine prompted them to produce RSV-fighting antibodies, which were subsequently passed down through the placenta to their newborns, providing them with protection against the virus.

According to experts who were not engaged in the experiment, it remains to be seen how well the vaccination protects infants from sickness in the long run.

The early results, however, were deemed encouraging.

Dr. William Muller, an infectious disease specialist at Children’s Hospital of Chicago, said, “This method could protect against RSV starting from birth.”

This would contrast to the only currently available method for doctors to avoid serious RSV infections: an injectable antibody medicine called palivizumab, which is given to select infants.

The approach’s main flaw is that it’s inconvenient and costly, requiring up to five monthly injections throughout RSV season. As a result, the medication is only given to high-risk preemies.

As a result, more measures to protect more infants are needed, according to Muller. He pointed out that most infants who end up in the hospital with severe RSV were previously healthy.

Several businesses are developing vaccines to protect babies from the virus. One method is to use a medicine called nirsevimab, a lab-engineered antibody similar to palivizumab injected into babies. The distinction is that it is long-acting and only needs to be given once before RSV season begins.

Muller was a participant in a recent medication research trial. It was discovered that nirsevimab reduced the probability of RSV hospitalization in babies by 62 percent.

In the current research, 406 pregnant women were randomly randomized to receive varying doses of the RSVpreF vaccine or a placebo. There were no safety concerns, and the strategy functioned as planned.

The results were published in the New England Journal of Medicine on April 28.

Dr. Kathryn Edwards, a professor of pediatrics at Vanderbilt University School of Medicine in Nashville, stated, “They proved that the vaccine did develop (RSV) antibodies in moms, and their kids acquired them.”

The next phase of research will answer the ultimate question: how effective is the vaccination against serious RSV infection?

Edwards, who is also a spokeswoman for the Infectious Diseases Society of America, agreed that vaccinating expectant mothers has the benefit of providing RSV antibodies to infants from the start.

“However, there is a drawback in that those antibodies will deteriorate with time,” she warned. Antibodies transmitted from mother to child are known as “passive” antibodies since they are not produced by the baby’s immune system. On the other hand, passive antibodies are only effective for a limited time.

Muller agreed that the issue of longevity will be crucial.

According to Muller, when kids are delivered preterm, passive antibody transfer may not work as well. So, if allowed a medicine like nirsevimab could be a better option.

“In my opinion,” Edwards added, “the more prevention alternatives we have, the better.”

She said that RSV is the biggest cause of pneumonia among babies in the United States. It’s also the cause of most cases of bronchiolitis, a condition in which the lungs’ small airways become inflamed.

According to the US Centers for Disease Control and Prevention, nearly 2 million children visit the doctor for an RSV infection in a typical year. A total of 58,000 people end up visiting the hospital for the same.

According to Muller, there is no specific treatment for severe RSV. Instead, oxygen, IV fluids, and other medications are provided to hospitalized youngsters to control their symptoms while the illness progresses.