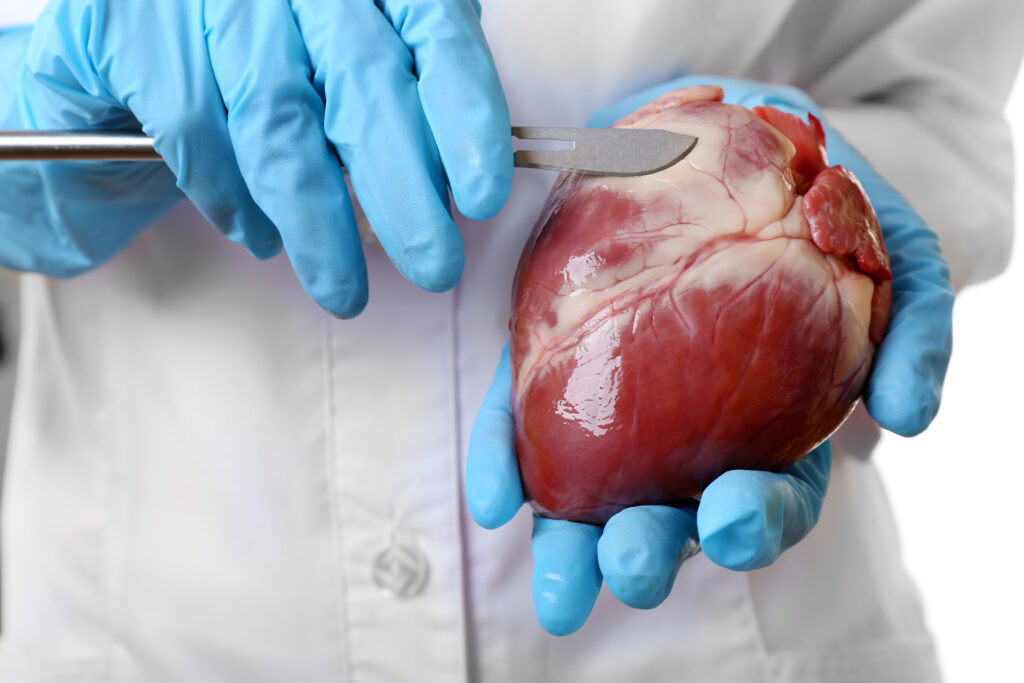 In January, 57-year-old David Bennet became the first person ever to get a heart transplant from a genetically modified pig. Opinions were sharply divided as soon as the news broke.

After two months of surgery, David Bennett, who had a pig heart implanted in place of his failing one, died on March 8, 2022. According to the University of Maryland Medical Center, Bennett received the transplant on January 7 and had been recovering since it’s still unclear what caused his death. He began to deteriorate in recent days, and on March 9, the hospital announced his death.

According to hospital spokeswoman Deborah Kotz, there was no apparent cause of death at the time of his death. Researchers plan to conduct a thorough investigation and publish the findings in a peer-reviewed journal.

“We are heartbroken over Mr. Bennett’s death. He was a courageous and noble patient who fought to the very end. Dr. Bartley Griffith, the surgeon who led Bennett’s transplant, issued a statement expressing his condolences to his family. “Millions of people all over the world knew Mr. Bennett for his bravery and unwavering will to live.”

Even though the experimental surgery only added two months to Bennett’s life, it helped advance the field of xenotransplantation, which aims to alleviate the human organ shortage.

Dr. Muhammad Mohiuddin, an expert in interspecies transplants who were involved in Bennett’s care and at the School of Medicine, the University of Maryland, said in a statement, “We have gained invaluable insights learning that the genetically modified pig heart can function well within the human body while the immune system is adequately suppressed.” “We remain hopeful and intend to continue our research in future clinical trials,” he added.

Experimental procedures that did not make a significant difference in the first few patients but eventually transformed medicine can be found throughout medical history. Organ transplantation was largely experimental from the 1950s to the mid-1980s, but now about 40,000 transplants are done in the United States annually.

The transplant sparked ethical concerns among animal rights activists who believe animals should not be sacrificed for human benefit and some who objected to Bennett receiving a life-extending procedure after spending prison term for stabbing a man with a knife.

From October 2021 to the transplant surgery, Bennett was bedridden and on a heart-lung bypass machine at the University of Maryland Medical Center.

He was ineligible for a human heart transplant because he had disobeyed previous medical recommendations. According to studies, patients who do not follow doctors’ orders do not do well with organ transplants, and only a small number of human hearts are available for transplant.

Bennett’s erratic heartbeat made him unsuitable for an artificial heart pump.

When he realized he didn’t have any other options, he agreed to be the first person to receive a gene-edited pig heart as a bridge until he could prove himself worthy of a human heart.

His new heart performed admirably for weeks, with no signs of rejection. Bennett was receiving rehabilitation after spending so much time in bed that he could sit up and watch the Super Bowl with his physical therapist, even singing along to a performance of “America the Beautiful.”

He frequently expressed his desire to return to his dog Lucky to his caregivers.

Bennett’s son, David Bennett, Jr., spoke on behalf of the family and expressed gratitude to the hospital and doctors for their care.

In a statement, David said, “Their tireless efforts and energy, combined with my father’s insatiable will to live, created a hopeful environment during an uphill climb.” “We were able to spend some priceless weeks together while he recovered from the transplant surgery, weeks we would not have had otherwise.”

His son also expressed the hope that his father’s experience will one day help many others live much longer with pig organ transplants.