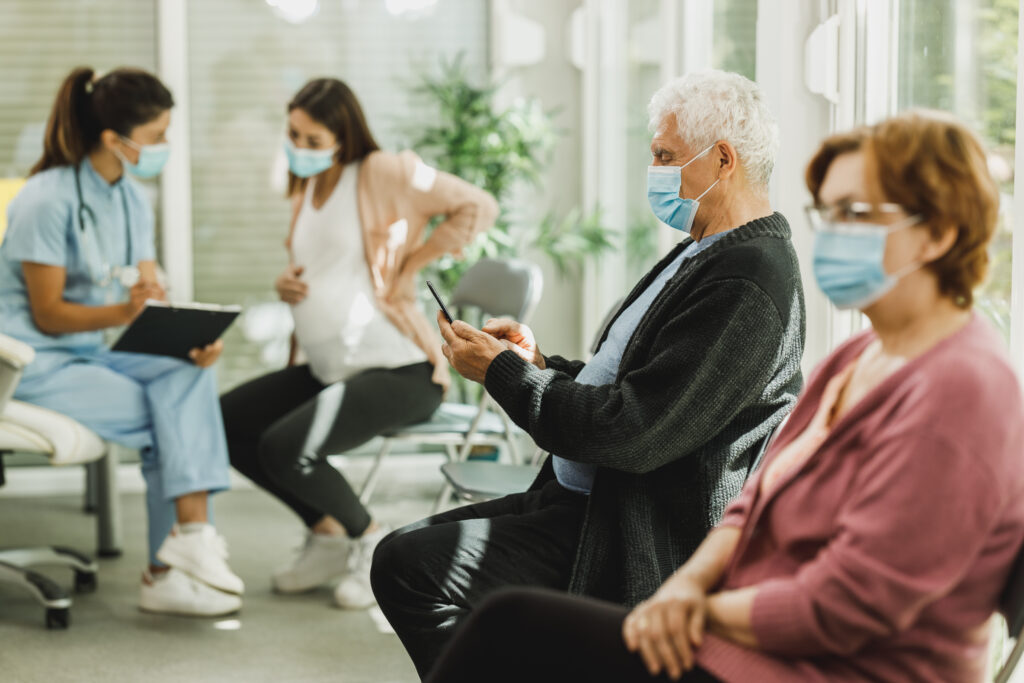 According to BBC, over 570,000 women in the UK are awaiting assistance. Patients were “consistently deprioritized and neglected,” according to the Royal College of Obstetricians and Gynaecologists (RCOG).

According to NHS England, hospitals are progressing in addressing the Covid backlog, with average waiting times for elective treatment decreasing.

The RCOG advocates for a greater focus on women’s perspectives and cares tailored to their specific needs.

Chetna Mistry describes herself as a “prisoner” of endometriosis, a painful illness in which tissue that grows in other places, such as the ovaries, is comparable to the womb’s lining.

“It’s a whole-body sickness that affects you physically and mentally,” she said.

It rendered her infertile, and she now requires a hysterectomy at 42.

Chetna claimed she was referred to a specialist in June 2020, but she has yet to receive a surgical date 21 months later.

Meanwhile, she has been brought to the hospital on multiple occasions due to unbearable agony, and she believes her condition has worsened.

She stated, “Due to the pain, I’m housebound. I’m a shell of the person I used to be.”

For Lucy Reddin, pain is a daily companion.

She hasn’t worked in over a month. However, she believes that a hysterectomy would address many of her issues.

In March 2021, she was referred for assistance and stated she required assistance while on the waiting list.

Lucy expressed herself as follows: “It’s inhumane. It’s inhumane to keep someone waiting for that long.” You wouldn’t do something like that to a dog. Why are we subjecting ourselves to this?”

“I felt suicidal at times with this condition, the level of suffering it brings me,” she added, her voice breaking.

“I’d like to believe I’d never do something like that. But in that time of suffering, all you want is to stop, for it to go away.”

The pandemic did not cause gynecological problems, but it made them worse.

Before COVID, 66 patients had been waiting for therapy for more than a year. That number has now risen to around 25,000.

For the past two years, almost 1,300 people have been on a waiting list.

Because the devolved nations gather and report statistics slightly differently, direct comparisons with Scotland, Wales, and Northern Ireland are impossible.

However, gynecology waiting lists are expanding across the UK.

Many of these ailments worsen with time. They may require more sophisticated or invasive surgery if they are not treated.

Dr. Edward Morris, head of the Royal College of Obstetricians and Gynecologists, said he felt helpless because he couldn’t help women and others on his waiting lists get care faster.

“In certain ways, the system is biased against women. I don’t feel we are listening to women’s voices as attentively as we should be. They are not being given the priority they require.”

The Royal College of Physicians surveyed 830 women on waiting lists to learn about the other factors affecting their lives.

Eight out of ten people reported their mental health had deteriorated, and 77% claimed their condition prevented them from working or socializing.

Fertility can be harmed by conditions such as endometriosis and fibroids.

Some women must wait for surgery to correct these issues before beginning reproductive treatment. However, IVF on the NHS has an age limit for some women.

The NHS is experiencing record wait times across the board, with more than six million patients in England on the waiting list.

It is predicted to deteriorate before improving. According to the National Audit Office, the number could climb to between seven and twelve million in the next few years.

People in life-threatening situations receive a lot of attention.

On the other hand, Dr. Morris wants things to be “equalized across the NHS” so that gynecology gets the same attention as other disciplines.

According to him, officials must first listen to women, understand the impact these conditions have on their lives, and then develop care around them.

“NHS hospitals have treated over 640,000 COVID patients, all while putting out the largest and fastest vaccine program in NHS history,” a representative for the NHS stated, “but backlogs have built up over the previous two years since the epidemic began.”

However, the staff is making progress in addressing the Covid backlog, with the most recent data showing that in January, the team performed more than half a million more tests, checks, and procedures than in the same month last year. The average waiting times for elective treatment are down by more than six weeks from their peak during the pandemic. So, as has been the case throughout the pandemic, please come forward for care if you have any concerns.