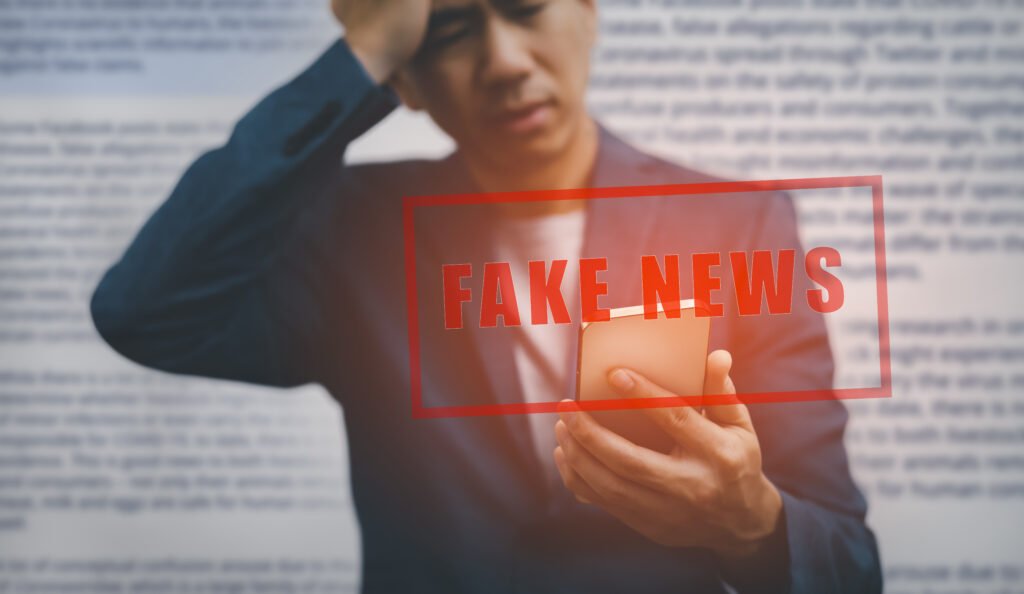 According to research, social media has an inextricable influence on people’s lives, necessitating a coordinated government response to counteract fake health news. It has also been demonstrated that, in the fight against medical misinformation, doctors and other medical professionals are pioneers, well ahead of governments and health agencies, including around COVID-19.

Health Europa has been tracking and analyzing COVID-19 data on the internet throughout the pandemic. They examined misinformation discussions across platforms using a database of three million social media profiles belonging to healthcare professionals (HCPs). They have witnessed the development of new tools to quickly identify fake news by combining this database with powerful analytics techniques.

Addressing the dangers of medical misinformation has been a significant focus of our work for over a decade. Our research has proven how important it is for HCPs and pharmaceutical firms to actively engage with social media platforms and sites like Wikipedia to combat disinformation and spread the truth.

During the Ebola epidemic, Health Europa collaborated with the World Health Organization (WHO) on various issues, including misinformation, from 2014 to 2016. Our efforts included the creation of a communications toolkit for use in health emergencies and a live feed of HCP conversations about Ebola, which provided valuable insights from the front lines of healthcare and health communications.

Our research has revealed viable measures for governments and public health organizations to counteract medical misinformation on the internet.

HCPs have been some of the most enthusiastic proponents of change to help highlight misinformation even before the leading social media platforms. Last August, Twitter announced a new tool that will allow users in the United States, South Korea, and Australia to flag tweets that seem misleading.’ This was seen as a substantial confirmation of work done by HCPs.

Experts lobbying for such a tool to detect incorrect vaccine material applauded the development. Previously, their sole option for highlighting incorrect information was to react to the tweet.

When the COVID-19 pandemic broke out, healthcare organizations and professionals conveyed a broad spectrum of voices and messages about the disease.

Doctors and other health care professionals were pioneers in adopting new channels to reach out to new audiences. Doctors have embraced TikTok’s next-generation short-form video format and algorithm (based on views, shares, likes, and video completion), which permits material to be featured on any user’s “For You” page, an excellent illustration of this.

Dr. Karan Rajan, an NHS general surgeon and clinical lecturer at Imperial College London, has become a leading advocate for combating medical misinformation on social media. According to the most recent figure, he has 4.6 million TikTok followers, 300,000 Instagram followers, and 215 000 YouTube subscribers. A substantial percentage of his TikTok work is dedicated to debunking popular health and medicine myths and misinformation. His most recent video, which has nearly a million views, was about a “new COVID-19 strain ‘Deltacron,'” which he promised his followers did not exist.

Many HCPs, from newly qualified to seasoned consultants, have built sizable followings on TikTok, garnering thousands of daily views and millions of followers.

HCPs are frequently the first responders in highlighting medical misinformation as it spreads across a range of social media platforms.

Despite this, some government agencies have taken proactive measures to counteract medical misinformation: the WHO’s warning of an “infodemic” and 132 UN members’ resolve to battle fake news regarding the virus were significant and long-overdue milestones.

Members of the United Nations were correct in warning that the infodemic “may be as hazardous to human health and security as the pandemic itself.”

In an example of social media corporations taking action against misinformation, WhatsApp and Facebook have joined with the United Nations. WHO established a COVID-19 Health Alert service as part of the cooperation. WhatsApp users can join a discussion to engage with the service and get resources such as messages, audio files, and video links. The WHO also successfully uses its TikTok platform to teach on several significant health concerns, sometimes in partnership with professional HCPs.

However, health organizations cannot defend themselves against misinformation on their own and must rely on existing expertise to coordinate the necessary worldwide reaction. As part of a network of essential voices, this must include HCPs boosting truthful information.

The efforts taken by the government and health organizations should be encouraging to the healthcare sector, mainly because they appear to be following the lead set by doctors and healthcare workers. But now is the moment for leaders to take up the baton and continue the fight against medical misinformation, which severely undermines public health initiatives.