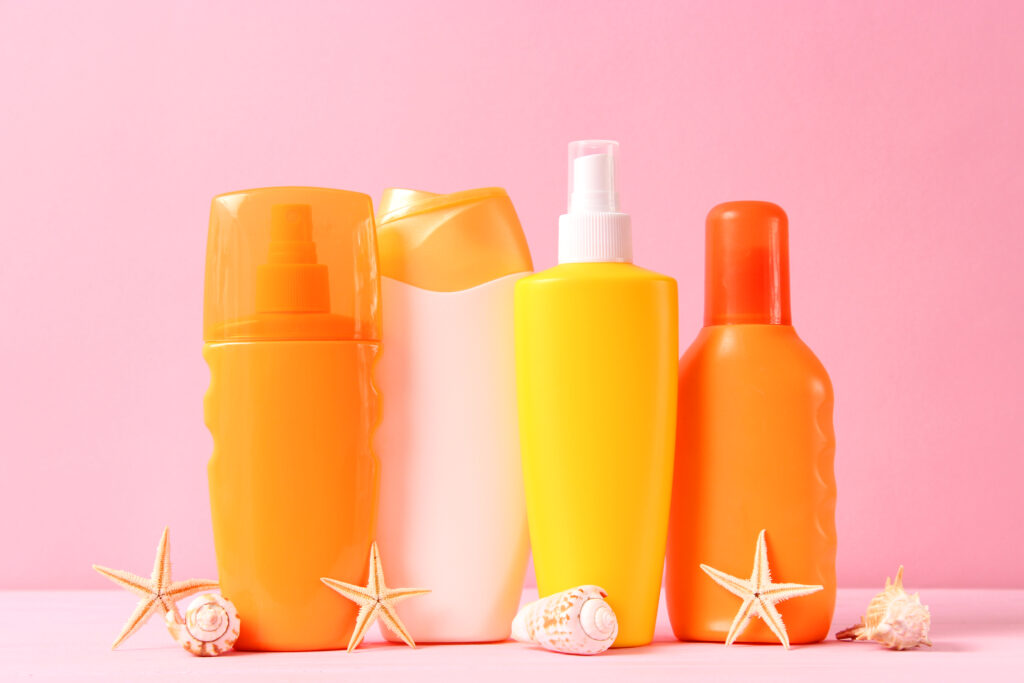 According to a new investigation by the BBC, dozens of social media influencers promote banned tanning products to millions of followers.

The sale of nasal sprays or injectables containing “Melanotan-2,” an artificial hormone that can speed up tanning, is prohibited in the United Kingdom.

Dermatologists warn that the unlicensed drug is dangerous and that users should stop using it immediately.

There’s also evidence that the untested products may cause skin cancer, reported by the BBC.

According to the Advertising Standards Agency, all influencers must act responsibly, ensuring that the products and companies they promote are not engaging in illegal behavior.

When friends and influencers began to have golden-brown skin, they wanted to know the secret.

Liv was soon ordering tanning injections from a website in the United Kingdom.

Elaina chose a nasal spray that she purchased on social media.

Liv, from Leeds, jabbed her stomach for two months before lying down on a sunbed, which she was told would “activate” the drug.

It gave her headaches, but she thought it was worth it – until she discovered a strangely shaped mole on her thigh eight months later.

It’s “stormy and elevated, about the size of a pea,” she asserts.

She was diagnosed with skin cancer (stage-one melanoma), which can be fatal, shortly after the mole was removed, reports BBC.

Liv required surgery to remove cancerous tissue from the area where the mole had been, and her dermatologist told her that the injections were most likely to blame.

“A cancer diagnosis is terrifying at any age. And it’s especially frightening when you’re 27,” she says.

Elaina’s face “burned up” and turned bright red within minutes of her first nasal spray.

She says, “I was told my body just needed to get used to it.”

“My throat started to close up a week later, and I couldn’t breathe.”

After a severe throat and sinus infection was discovered, the 19-year-old from Stockton-on-Tees, Durham, required hospital treatment.

Doctors told her that inhaling the tanning product was the cause and that other patients who had used it had developed similar symptoms.

Melanotan-2 has never been subjected to rigorous safety testing, even though it can increase melanin production, the pigment that darkens the skin.

Social media sites have propelled the drug, which was previously only available in a few gyms and salons, into the mainstream, with young white women driving the trend.

According to the British Association of Dermatologists, patients with “unusual orange tans” and “disordered moles” should be on the lookout.

Some sellers claim their products are safe, but the association’s Dr. Catherine Borysiewicz says the only safe tan is fake.

Melanotan-2 has never been subjected to rigorous safety testing, even though it can increase melanin production.

“I’m referring to skin hazards. And it’s been added, but who knows what else it’s up to?”

A slew of influencers has mentioned Melanotan-2.

Despite the health risks, it is not illegal to use or promote these tanning products, but it is illegal to sell them.

Bethan Kershaw of Geordie Shore recently revealed to her 700,000 Instagram followers that she had used Real Tan nasal sprays.

According to a representative, Ms. Crosby, with 7.6 million Instagram followers, said she would never promote a company that sells unlicensed products.

We’re told she’s only ever used Real Tan products that don’t contain Melanotan-2, such as moisturizing creams “gifted to her” and gels she promoted on social media as a favor.

However, she made no mention of these clarifications in her posts.

After Ms. Crosby posted about the seller, there was no mention of creams or gels in Real Tan’s price list, only injections and nasal sprays.

“Sun accelerator creams will be available soon,” according to a more recent price list.

They expected to find about ten ingredients in a licensed medicine but were surprised to see more than 100 unidentified ingredients in some products.

Melanotan-2 was also found, which they confirmed.

Prof Tony Cass advises, “If you don’t know what you’re taking, you should probably avoid it.”

Instagram and TikTok have announced that selling the drug is prohibited on their platforms, and promotional content will be removed.

“We are profoundly worried about the health and well-being of our congregation. The promotion of controlled substances is not permitted, “According to a TikTok spokesperson.

Regardless, the illegal tanning industry is booming.