Keeping Your Lights On While Sleeping Might Increase Diabetes Risk 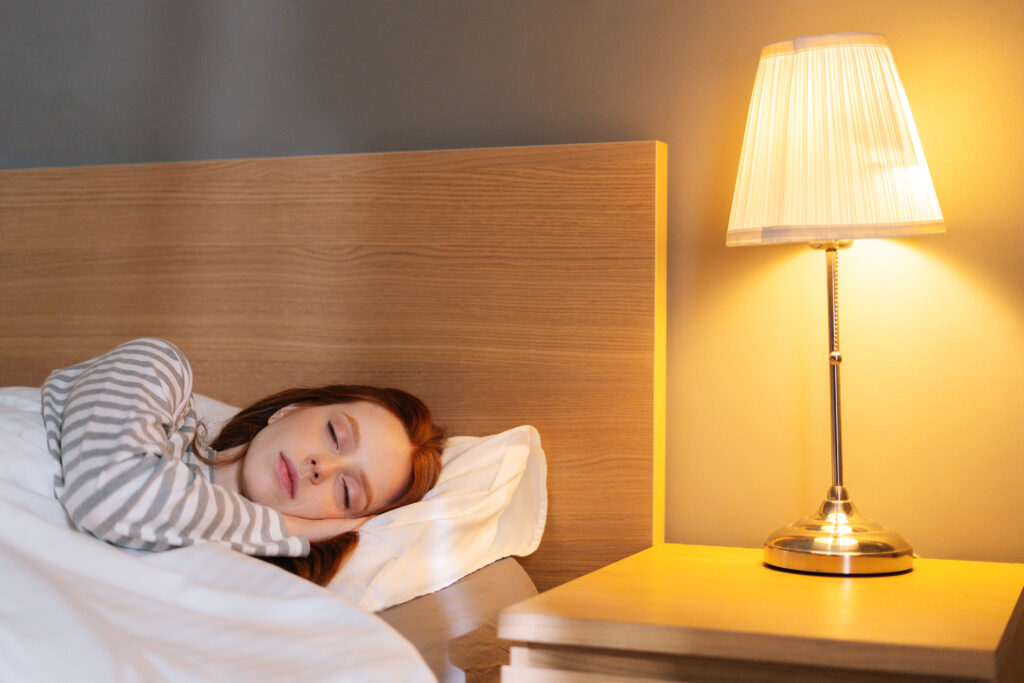 Artificial light exposure at night is every day worldwide and has been related to poor health and well-being impacts.

Northwestern University in Chicago researchers recently looked into the biological impacts of various degrees of light exposure during sleeping.

As reported by Medical News Today, they discovered that one night of sleep exposure to moderate ambient light could affect glucose and cardiovascular homeostasis and raise risk factors for heart disease, diabetes, and metabolic syndrome.

The research was published in the journal PNAS.

A 2019 study indicated that artificial light at night (ALAN), such as from a nightlight or television, is associated with obesity in women. Light exposure during sleep may hurt metabolic control, according to these studies.

According to another study, when compared to low light exposure, blue-enriched light exposure in the morning and evening affects glucose metabolism and raises insulin resistance.

According to another study, higher levels of ALAN are connected to an increased risk of type 2 diabetes in older persons.

The mechanisms underpinning ALAN’s influence on metabolic function are unknown.

The scientists enlisted the help of 20 young adults for a three-day, two-night stay in the lab. They used actigraphyTrusted Source and sleep diaries to measure individuals’ sleep habits a week before the trial.

After that, the participants were assigned to one of two sleeping conditions:

On the first night, participants slept with a dim light of less than 3 lux (lx), and on the second night, they slept with an overhead room light of 100 lx.

The dim light condition: I slept with a dim light of less than 3 lx on both nights.

The participants supplied blood samples before and after food intake on Days 1 and 2 of the trial to determine melatonin and blood glucose levels. They were also subjected to overnight polysomnography (PSG) test to assess the quality of their sleep.

The participants completed surveys every two hours while awake to assess their subjective drowsiness, appetite, and mood changes.

The researchers discovered that a single night of 100 lx room lighting raised heart rate during sleep and enhanced insulin resistance the following day.

Participants exposed to 100 lx lighting during sleep experienced greater N2 sleepTrusted Source — one of the deeper stages of sleep — and less slow-wave sleep, which is critical for memory consolidation compared to the dim light condition. They also had less REM sleep, which is when you dream.

The researchers found no differences in melatonin levels or PSG-derived indices of cortical arousal, sleep fragmentation, or wake-sleep stage stability between the two groups. This could be because only 5-9 percent of light passes through closed eyelids.

“There are three choices,” says the narrator. The first is that light can trigger arousal or awakening. According to our findings, small changes [in these measurements] did not correlate with an increase in insulin resistance. As a result, this is unlikely to be the primary mechanism.”

“Second, light can influence the circadian clock and melatonin secretion. Dr. Zee stated, “However, we discovered no substantial variation in melatonin levels.”

“Because there was a link between changes in cardiac variability and insulin resistance,” she noted, “[we infer] that light activates brain regions that regulate the autonomic nervous system.”

The study was not conducted by Dale Sandler, Ph.D., a senior investigator and chief of the Epidemiology Branch of the National Institute of Environmental Health Services (NIEHS). “Subtle variations in sleep stages could [also] have a role,” Dr. Sandler concurred with Dr. Zee.