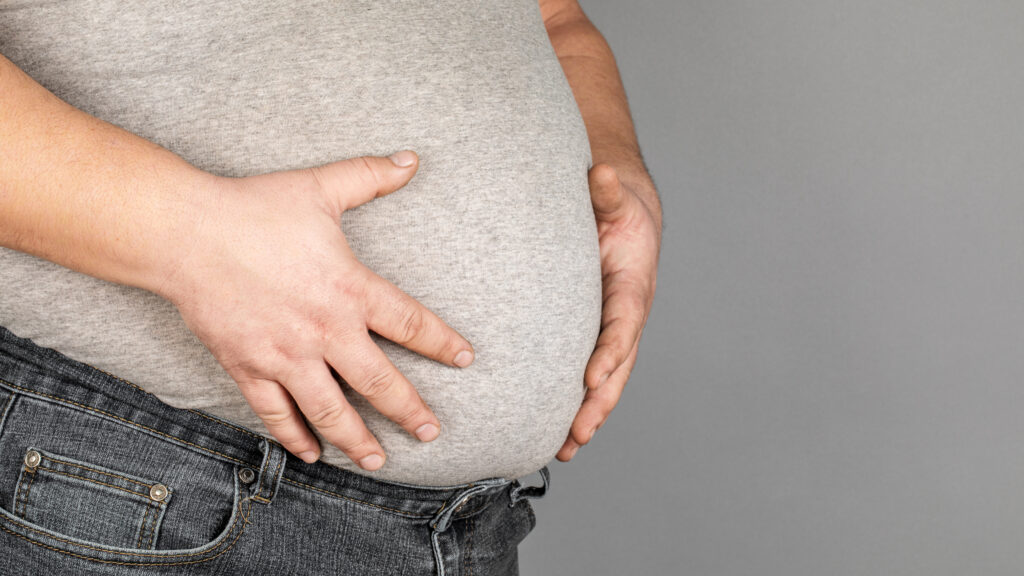 Prostate cancer may be more common in men with expanding waistlines.

According to new research, a man’s risk of dying from prostate cancer rises by 7% for every 4-inch increase in belly fat.

Dr. Aurora Perez-Cornago, a nutritional epidemiologist at the University of Oxford in England, said, “Our findings should urge males to maintain a healthy weight.” It’s unclear why being overweight makes men more likely to develop prostate cancer.

“It’s plausible that some molecular changes in obese guys are generating this increased risk,” Perez-Cornago said. “However, it’s also possible that men with obesity have a delayed diagnosis compared to men of normal weight, so tumors are discovered later.”

She believes that more research is needed to see if losing weight in obese men reduces their risk of dying from cancer.

As per US News, the researchers looked at data from 2.5 million males from 19 previous studies and a new examination of over 200,000 men from the UK Biobank.

At the outset of the research, none of the men had prostate cancer. Body mass index (BMI), waist circumference, waist-to-hip ratio, and body fat percentage were used to determine weight.

The findings were presented at the European Congress on Obesity this week in Maastricht, the Netherlands, and published online in BMC Medicine on May 5.

According to experts who are not connected with the new study, these findings provide another reason for overweight or obese males losing weight.

Dr. Andrew Laccetti, a medical oncologist at Memorial Sloan Kettering Cancer Center in Montvale, New Jersey, said, “The meta-analysis presented in this publication is consistent with several other prospective analyses supporting obesity and central adiposity as a risk factor for prostate cancer incidence and death.”

According to Laccetti, current research reveals that hormonal and inflammatory changes may play a role in prostate cancer development.

“An increased estradiol to testosterone ratio, a hormonal alteration seen in males with a larger waist circumference, is thought to lead to lower PSA levels, which may delay prostate cancer detection and lead to diagnosis at a later stage” he added.

PSA levels in the blood can indicate the existence of prostate cancer.

Dr. Stephen Freedland agreed, “This well-done study validates what I advise my patients: If you are overweight or obese, try to lose weight.” He is the director of Cedars-Center Sinai’s for Integrated Research in Cancer and Lifestyle. According to Freedland, talk to your doctor about when to get screened for prostate cancer so you can catch it early, when it’s most treatable.