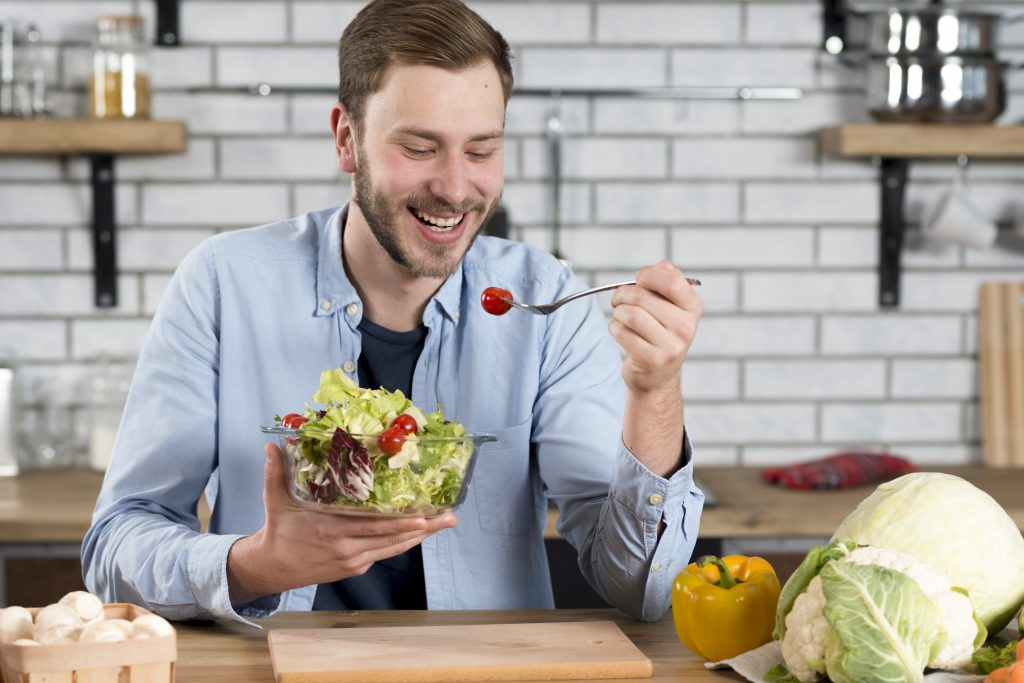 According to The Guardian, a plant-based diet rich in fruits, vegetables, whole grains, nuts, and legumes has been proven by researchers to lower a man’s risk of colon cancer by about 20%.

The highest vegetable and fruit consumers had a 22% reduced risk of colon cancer than the lowest consumers. This discovery was based on an examination of the eating habits of 79,952 American men.

This relationship was not seen among women (n=93,475). Given that males have a more significant risk of developing bowel cancer than women, the researchers reasoned that this link would be more vital in men. The findings were reported in the journal BMC Medicine.

According to Jihye Kim of Kyung Hee University in South Korea, “colorectal cancer is the third most common malignancy globally, with one in 23 males and one in 25 females having colorectal cancer during their lifetime.”

Despite prior research indicating that a plant-based diet may help decrease the risk of colon cancer, the influence of the nutritional content of plant foods on this link has remained unclear. According to our findings, a vegetarian diet may lower the incidence of colorectal cancer. Participants were questioned about their consumption of over 180 different meals and beverages. We also inquired about the typical portion sizes.

Fruits, vegetables, and whole grains, which are high in antioxidants, “may help to reduce colorectal cancer risk by regulating chronic inflammation, which can lead to cancer,” according to Kim. We propose that the lower risk of colorectal cancer associated with a diet rich in healthful plant-based foods may be explained by males having a higher incidence of colorectal cancer than females.

Bowel cancer is most commonly diagnosed in adults over the age of 60. The researchers discovered considerable racial and ethnic differences in the male-male link. Male Japanese Americans experienced a 20% reduction in cancer risk, whereas white men had a 24% reduction. The group agreed that additional study on cultural differences is needed.

“We conclude that the link between plant-based diets and colorectal cancer risk was strongest in Japanese, American, and white males,” Kim said. This is due to racial and ethnic differences in other risk factors for colorectal cancer. However, further study is needed to corroborate this.

During the study period, 4,976 people (2.9% of the total population) were diagnosed with colon cancer. The researchers controlled for non-dietary factors, such as obesity, which were expected to influence the results.

Since the study was observational, the authors cautioned against drawing firm conclusions about a causal relationship between plant-based food consumption and the risk of colon cancer.