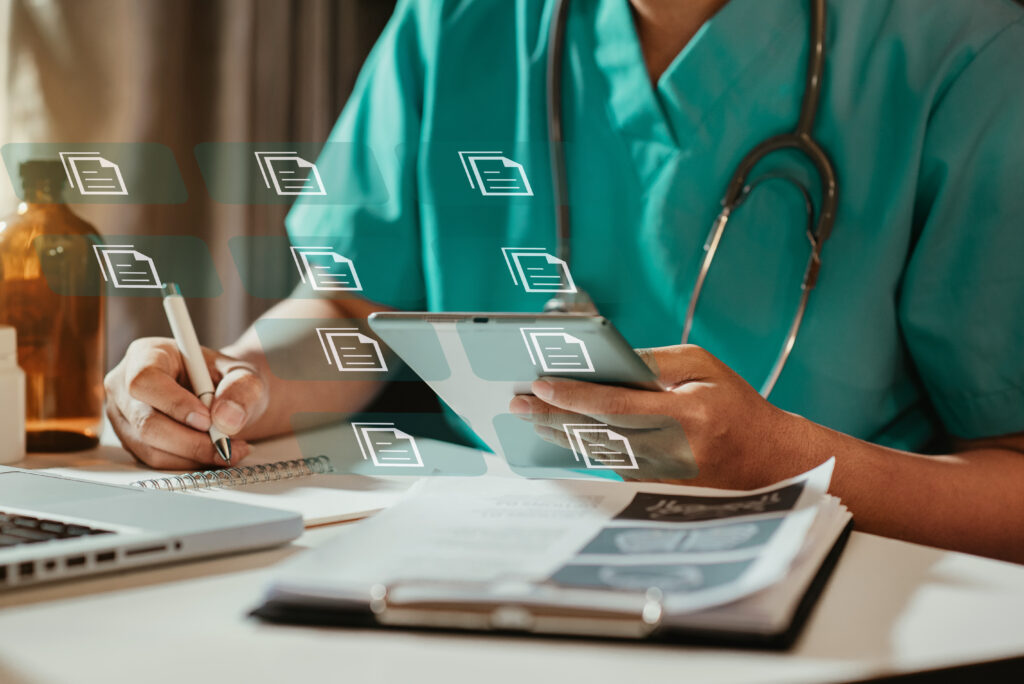 As per Science News, two recent studies indicated that when health care providers enter notes into patients’ electronic health records, they are more likely to characterize Black patients more negatively than white patients. These negative descriptions may contribute to bias and stigma and influence patients’ care.

“The chart makes the initial impression,” says Gracie Himmelstein, an internal medicine resident at UCLA David Geffen School of Medicine. “Even if you think you’re just looking for clinical data, that narrative will impact your opinions of the patient.”

Himmelstein and colleagues looked at over 48,000 hospital admission notes from a Boston hospital. In JAMA Network Open on January 27 that stigmatizing language was more frequently used in Black patients’ notes than in white patients, especially when it came to diabetes and substance use disorder.

In another study, stigmatizing language was more frequently used in Black patients’ notes than in white patients, especially regarding examining more than 40,000 medical records from a Chicago hospital. A different research group found in February Health Affairs that black patients were more likely to be classified as not complying with or resistive to treatment, among other unflattering phrases.

The two studies appear to be the first to measure racial bias in electronic health records in the United States. Bias can contribute to racial and ethnic health inequalities and differences in health caused by social, environmental, or economic disadvantages. For example, Black infants had a greater mortality rate than white infants (SN: 8/25/20).

The researchers utilized computer software to seek terms with negative connotations, such as “not compliant,” “not adherent,” and “refused,” in medical notes written for over 18,500 patients from January 2019 to October 2020. 8% of the patients’ electronic health records had one or more unfavorable phrases.

The researchers discovered that black patients were 2.5 times more likely than white patients to have such terms in their medical records. According to coauthor Michael Sun, a medical student at the University of Chicago’s Pritzker School of Medicine, this wording “has the potential for targeted injury.”

Himmelstein and colleagues combed through the electronic health record for phrases like “nonadherent” and “unwilling,” as well as stigmatizing words like “abuse,” which label or blame the patient. The researchers looked at medical notes from January to December of 2018.

Approximately 1,200 admission notes, or 2.5 percent, contained disparaging language. More terminology was weaved into messages regarding substance use disorder and diabetes, at 3.4 percent and 7 percent, respectively. In the overall sample, black patients were roughly 1.3 times more likely than white patients to have stigmatizing phrases in their notes. When the researchers looked at diabetes notes, the factor was about the same, but when it came to substance use disorder data, Black patients were 1.7 times more likely to have negative descriptions.

The new research did not look into the impact of the skewed notes on patients’ medical care. However, other research has indicated that when physicians read short descriptions of patients that include stigmatizing language, the negative terms influence their treatment decisions, making doctors less likely to provide enough pain medicine.

Bias in medical records may sour patients’ perceptions of their providers and potentially result in poor care. As a result of the 21st Century Cures Act, patients now have the right to examine their electronic health records. Primary care doctor and health equality adviser Leonor Fernández of Beth Israel Deaconess Medical Center in Boston believes notes with stigmatizing or biased portrayals might “possibly weaken confidence.”

Fernández and colleagues discovered that 10.5 percent of patients felt offended, judged, or both after reading their notes, according to a survey of nearly 23,000 patients published in the Journal of General Internal Medicine in September 2021. (Discrimination and racial bias were not directly addressed in the poll.) Many people also expressed what made them feel that way. “Note indicated I wasn’t doing everything I could to reduce weight, which was inaccurate and incredibly hurtful to see my Dr think of me like that,” one participant commented.

Researchers have written about de-stigmatizing terms like substance use disorder and obesity, among other diseases. This recommendation recommends using language that does not define a patient solely by their condition and instead emphasizes the patient’s efforts.

Researchers from a diabetes care task committee urge that instead of designating a person as “diabetic,” health care practitioners write that the person “has diabetes.” Instead of labeling a patient “non-compliant” with their medicine, the researchers recommend clarifying why, such as the patient taking insulin “50 percent of the time due to cost concerns.”

According to Himmelstein, a health care professional might “engage with that in a way that’s useful in promoting health” by identifying the hurdles to a patient’s capacity to follow medical recommendations. Sun believes that instead of using terminology like “non-compliant,” health care workers will “consider what other context and story” might be given about the patient.

According to Fernández, taking into account a patient’s issues “really makes you more productive” as a health care provider and makes the patient less likely to feel blamed.

Sun and his colleagues in the Health Affairs study noticed an unexpected and encouraging development in the electronic health record over time. In the second half of the trial, from March to October 2020, Black patients’ notes were no longer more likely than white patients’ notes to contain negative phrases. The beginnings of the COVID-19 outbreak and Black Lives Matter protests occurred simultaneously.

Sun believes that further research is needed to determine what’s causing the dip. In contrast to other diseases, he and his coauthors speculate that health care providers may have viewed COVID-19 patients as less accountable for their illness. But, as Sun points out, it could be related to how “significant” that period was in raising awareness of racial health inequalities. Perhaps the change was motivated by “empathy.”