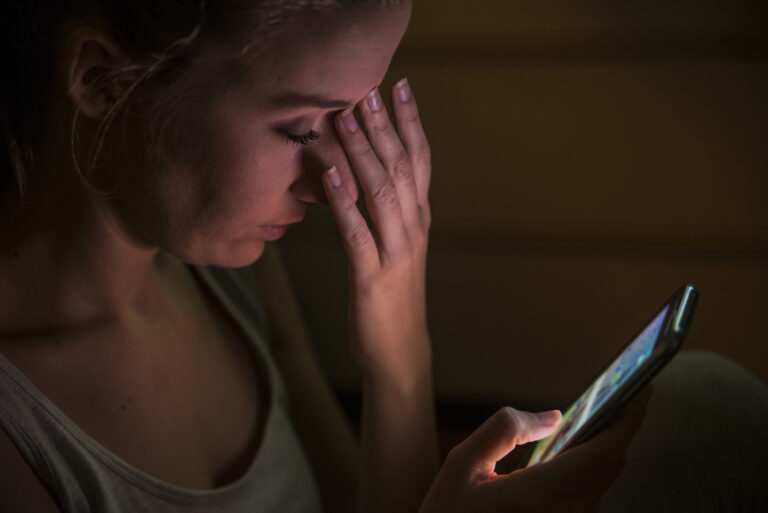 The latest in a series of research looking into the relationship between social media use and depression suggests the two are linked. “There has been much controversy about the relationship between social media and mental health,” said Dr. Roy Perlis, the main author of the current study. He is the director of the Massachusetts General Hospital’s Center for Experimental Drugs and Diagnostics.

On the one hand, social media allows users to stay connected to a bigger group and learn about topics they are interested in, according to Perlis. On the other hand, there was concern that young people would be harmed even before widespread misrepresentation on these platforms was established.

The current study builds on a year-long investigation of the relationship between social media use and the onset of depression in approximately 5,400 persons. At the outset, none of the participants reported even mild depression. However, the study discovered that some respondents’ depressive status had worsened in numerous surveys over a year. The danger increased due to three widely used social media platforms: Snapchat, Facebook, and TikTok.

Perlis said it is uncertain which comes first: the chicken or the egg when it comes to whether social media causes sadness. “One possible explanation for our findings is that persons at risk for depression, even if they aren’t currently depressed, are more likely to utilize social media,” he said. Another point to consider is that social media contributes to the increased risk.”

However, he explained that this study was not intended to distinguish between the two. Perlis’ team focused on social media users aged eighteen and up to investigate adult susceptibility (average age: nearly 56). More than two-thirds of the participants were women, and more than three-quarters were white.

All completed an initial survey about using social media sites including Facebook, Instagram, LinkedIn, Pinterest, TikTok, Twitter, Snapchat, and YouTube. Participants were also questioned about their news consumption habits and their ability to seek out social assistance when they were sad or depressed.

At the time of the initial survey, none of the participants showed any signs of depression. However, nearly 9% of those who completed at least one similar follow-up exhibited a “significant” increase in depression risk scores. Users of TikTok or Snapchat aged thirty-five and above were shown to be at higher risk, but not younger users. With Facebook users, the opposite dynamic occurred: the likelihood of depression increased among those under thirty-five but not among those over thirty-five.

“Can we understand why even if social media use is merely alerting us to an underlying risk rather than generating it? Is it possible to intervene in the prevention of depression and anxiety?” Perlis enquired. He thinks that his research may provide some results. “We hope that our findings will help mental health academics and policymakers think about how to study and possibly intervene in this relationship,” Perlis added.