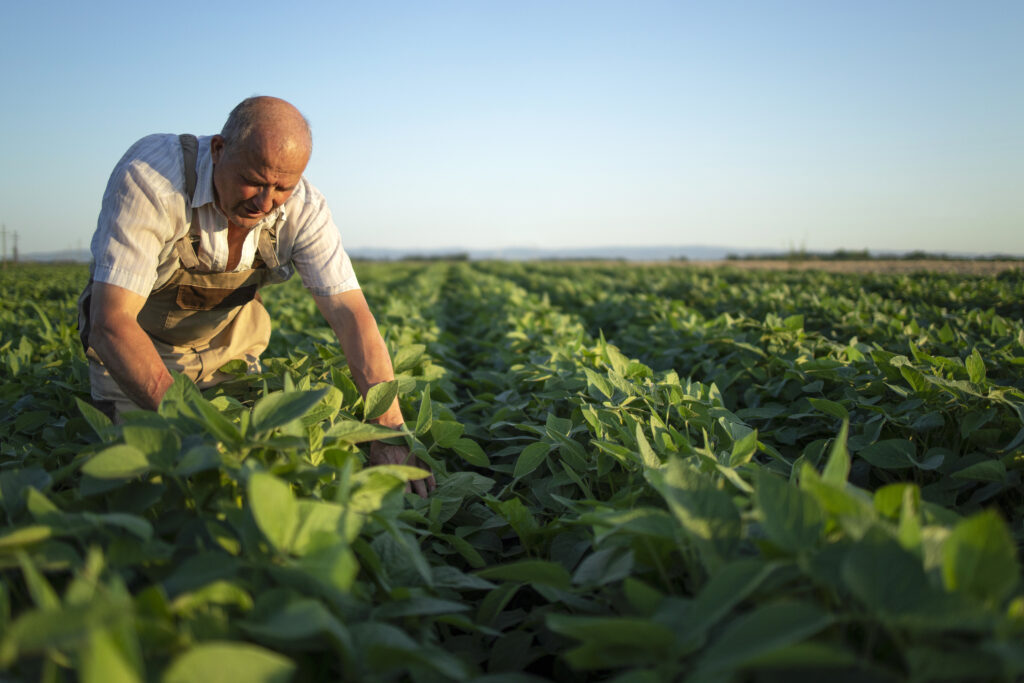 For four generations, Tom Garisson’s family has been farming. He recalls following his father around their Anderson dairy as a young child.

His father was preparing to retire when he graduated from Clemson. As a result, Tom and his brother, Bart, leased the dairy farm with 300 cows.

In a silo disaster in 1990, Bart and one of the farm’s employees died. “I was there with them when we got coated with grain,” Tom explained. He was the only one who had survived. After the death of his brother, Tom’s life was turned upside down.

“There is no one closer to him than me, and I don’t want him to die in that silo next to me. Can you imagine the guilt I felt, the emotional toll it took, and the stress of managing the business without him?”

Garrison sought help for “depression, all the things that come with loss and mourning,” he explained.

He progressed, launched a new business, and created a new life for himself. Then there were court battles over the farm and marital strife.

Tom stated that he required mental and emotional assistance.

That’s when Adam Kantrovich, a Clemson University professor of agribusiness, suggested he check into a program that assists South Carolina farmers to deal with mental and emotional health issues.

SC AgriWellness is a program that offers free counseling to farmers and farm families.

J.E.B Wilson, a fifth-generation farmer from Chester, came up with the concept for the program.

Wilson is a member of the Liberty Fellowship, a state-based program that encourages participants to “pursue creative solutions to the State’s most pressing concerns.”

Wilson’s fellowship project was the establishment of SC AgriWellness. The McNulty Prize Catalyst Fund has awarded him $20,000 for his work. Wilson was one of five people selected from the United States, Nigeria, and India to receive the award.

This money will be used to support SC AgriWellness’ activities. The state, the US Food, and Drug Administration, and the National Institute of Food and Agriculture have all contributed to the program’s success.

“South Carolina is such a developing state, yet I believe over half of our counties have lost population, and many of these are rural areas,” Wilson added. “So, because of the population loss, some of the outlets farmers used to have, such as their church family or civic club, aren’t as strong as they used to be. As a result, farmers are becoming increasingly isolated. I saw this as a chance to bring some of these issues to light.”

According to Wilson and US News, farmers have been known to commit suicide because they are afraid of losing their farms. Data backup Wilson’s concerns: According to a 2019 survey by the American Farm Bureau, 87 percent of farmers describe the fear of losing their farm as a significant stressor, while 46 percent say finding a therapist or counselor is tough.

Wilson collaborated with other stakeholders to bring SC AgriWellness to life.

When Kantrovich was at Michigan State University, he developed a farm stress curriculum. During a financial catastrophe in the farm industry in 2015, the matter was brought to Kantrovich’s attention.

“We started seeing a spate of suicides, suicide attempts, and other conditions that indicated high-stress levels,” he said.

Kantrovich continued to work on mental health in the farming industry after transferring to Clemson.

Farmers who do not have health insurance and are unwilling to seek care, according to Kantrovich, frequently contact him. In remote places, access to therapy is often a problem. SC AgriWellness, for example, can help to break through those boundaries.

Katronvich’s Agricultural Stress curriculum includes a variety of resources and aims to educate people about farm stress and its effects on the brain and body.

Garrison has assisted in the promotion of SC AgriWellness.

“I have people throughout the state that have had tragedies, terrible luck, or unfortunate things happen to them, and most of it pales in comparison to what I’ve gone through,” Garrison said. “People like that are the target audience for this program.”

Garrison expressed his hope that others may benefit from the program.

“My mental condition is good today,” he says. “I make an effort not to look back.” “All I want to do now is watch and press on into the goal line.”

The South Carolina Farm Bureau manages SC AgriWellness. Farmers and their families can dial 1-800-968-8143 to schedule counseling sessions or speak with a crisis counselor.

First, Sun EAP, a network of counselors that assists businesses and industries, will provide them with three free counseling sessions. According to the company’s website, First Sun aims to “address the mental health epidemic plaguing America and deliver solutions into the hands of people who need them most.”

Counseling can be done in person, over the phone, or text.