Menu
There Is A New Opioid Taking Over US - medtigo

There Is A New Opioid Taking Over US 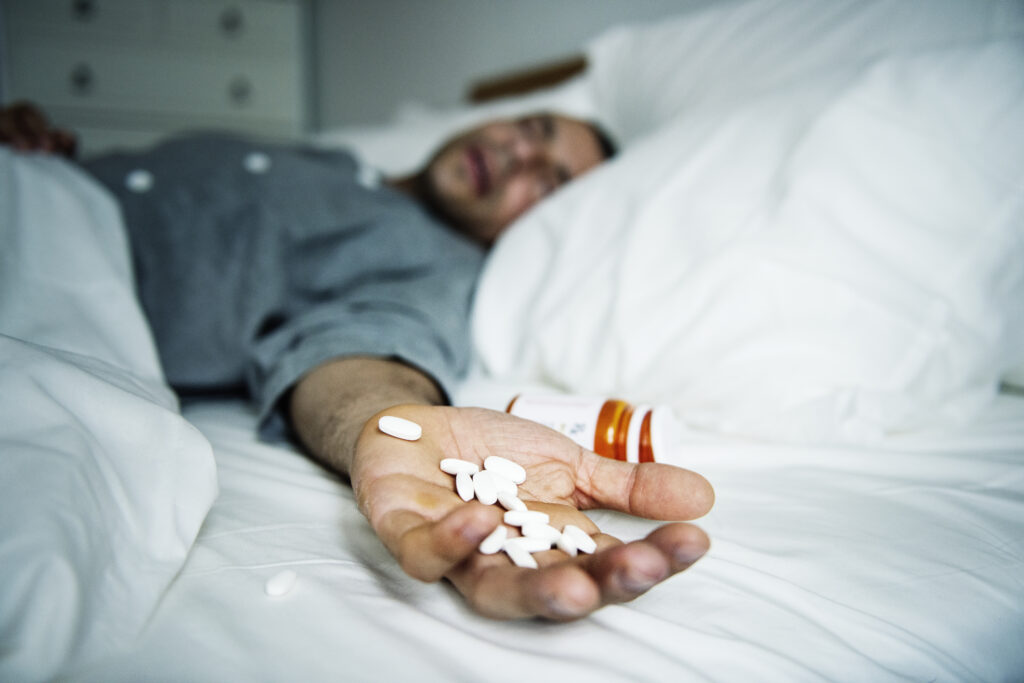 According to the Centers for Disease Control and Prevention’s National Center for Health Statistics, the record number of people who died of a drug overdose in the United States in 2020 – 91,799 – is equal to the entire population of Santa Monica, California, a seaside city in Los Angeles County. Synthetic opioids, such as fentanyl, were the primary cause of overdose deaths.

Synthetic opioids were responsible for more than 60% of all drug-related deaths last year. According to the CDC, the age-adjusted rate of overdose deaths in 2020 increased by 31% from 2019.

According to health officials, as reported by US News, nitazenes, a new class of synthetic narcotics much more potent than fentanyl, have now been discovered in the United States. Since the beginning of 2019, forensic labs have detected the presence of nitazenes across the Southwest, South, Midwest, and some parts of the East.

Opioids are a diverse group of drugs, some of which are found naturally in the opium poppy plant and others synthesized. Prescription opioids, such as oxycodone, are commonly used as pain medications; opium makes the illegal narcotic heroin, and physicians occasionally treat pain using the synthetic drug fentanyl.

The treatment of moderate to severe pain with prescription opioids is standard. They function by interrupting the transmission of pain signals between the brain and the body. Opioids can also make you feel good, relax, and get you euphoric. These emotions can lead to substance abuse and addiction.

According to Jamie K. Alan, an associate professor in the department of pharmacology and toxicology at Michigan State University in East Lansing, nitazenes are a subclass of opioids that target a specific opioid receptor.

About 60 years ago, researchers working for a pharmaceutical business creating pain drugs as an alternative to morphine discovered nitazenes from synthetic molecules. Still, they were abandoned due to a significant risk of overdose.

Examples of Nitazenes include:

The researchers that created nitazenes were granted a patent, but the Food and Drug Administration has never approved them for usage.

According to Thomas So, senior manager of the Consumer Drug Information Group at FDB (First Databank), which has provided drug databases to the majority of hospitals, physician practices, pharmacies, and insurance payers in the United States for 40 years, nitazenes are not used for legitimate medicinal purposes.

According to Alex J. Krotulski, associate director of the Center for Forensic Science Research & Education in Willow Grove, Pennsylvania, the DEA lists the ten currently known nitazenes as Schedule 1 substances. There is presently no recognized medical purpose for these medicines, and they have a significant potential for abuse.

Another schedule 1 drugs include:

According to Krotulski, some nitazenes are 800 times stronger than morphine and 40 times more potent than fentanyl. Carfentanil an opioid used in veterinary medicine that is significantly stronger than fentanyl and far more powerful than other known nitazenes.

In the United States, there is no standardized or centralized system for recording deaths from nitazenes or any other new synthetic medicines, making it difficult to say how many overdose deaths are linked to these medications, according to Krotulski. Krotulski estimates there have been between 1,000 and 2,000 deaths related to nitazene in the United States since 2019 based on the 600 or so nitazene cases that researchers at the CFSRE lab and a cooperating lab have analyzed.

According to the research, deaths linked to nitazenes have been reported in Indiana, Illinois, Minnesota, and Wisconsin. In these states, law enforcement officials have seized nitazenes as well as

“For the most part, people aren’t consuming nitazenes on purpose,” says Dr. Ryan Marino, an assistant professor of emergency medicine and psychiatry at Case Western Reserve University in Cleveland. “When people buy what they think is heroin or fentanyl, they’re poisoning themselves.”

According to Krotulski, nitazenes or any other synthetic opioid are unlikely to replace fentanyl’s widespread use in the United States in the foreseeable future. Carfentanil and other fentanyl analogs have been phased out in favor of nitazenes. “While nitazenes are second in synthetic opioids behind fentanyl, they are well behind the sheer volume of fentanyl in the United States right now,” he says.