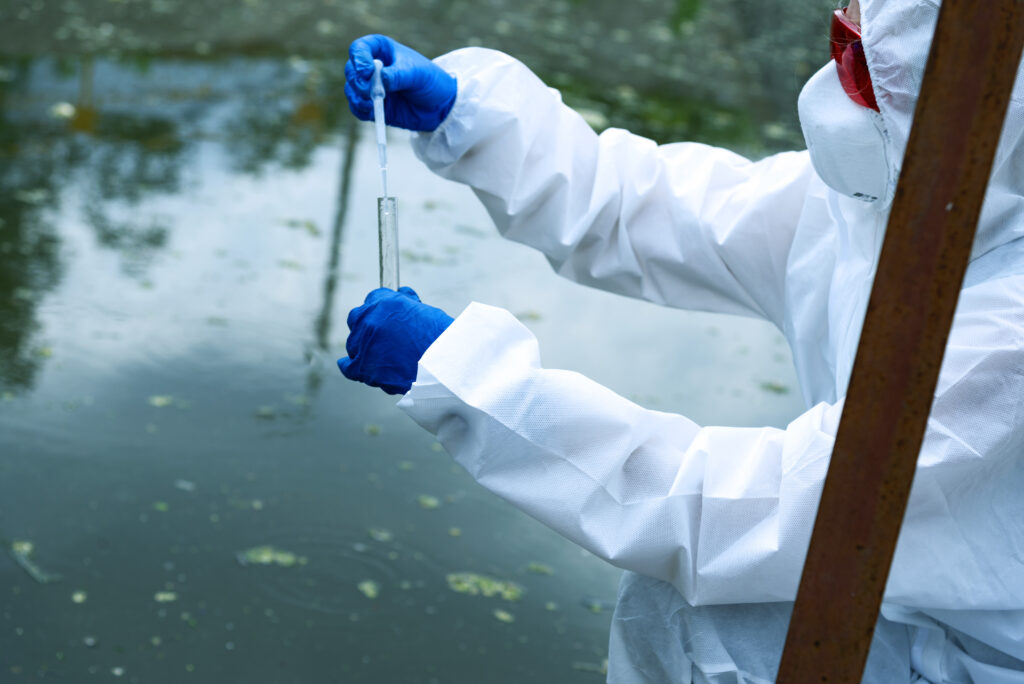 Waterways in the United States are being polluted by runoff from roads, lawns, farms, and old septic tanks — causing dangerous algae blooms.

Its crystal blue waters, many islands, and set against the Adirondack Mountains in upstate New York attract millions of visitors each year. Several families visit these islands, and  go camping, fishing, boating, and engage in other outdoor activities.

If there is a place that is supposed to be free of pollution, it’s this magnificent spot.

Human civilization has crept along the banks of Lake George for decades. Septic tanks dotting the landscape are aged and leaking, allowing toxins to flow into the groundwater and eventually into the lake. As a result of climate change, more intense rainstorms transport oil, road salt, and fertiliser from roads and lawns into its waters.

Global warming is also rising air and water temperatures, paving the way for what happened in 2020: the first known blue-green algal bloom in Lake George.

Experts say the rapid growth in algae blooms across the country is the most obvious indicator of a far larger problem plaguing U.S. waterways. The expansion of agriculture and human activity across the country has put enormous demand on lakes, rivers, and streams in practically every corner of the country, jeopardising Americans’ ability to safely utilise this water

As stated in Phys Org, Eric Siy, president of the non-profit Lake George organization said, “This is a pandemic in its own right — we’re setting ourselves up for a runway train of a problem.”

The United States Clean Water Act, passed in 1972, significantly improved the nation’s rivers at first, notably by limiting pollution from industrial factories and sewage treatment plants. Large, stinking “dead zones” near major cities were reduced as a result of the endeavour, the most notable of which was Cleveland’s Cuyahoga River, where industrial oil slicks were routinely set ablaze in the run-up to the law’s passing.

These sorts of “nonpoint source” pollutions, which were mostly an afterthought 50 years ago, are now the primary water quality concern in many sections of the country, thanks to 50 years of agricultural and residential growth. Climate change is exacerbating the problem by warming lakes and rivers, which can increase huge fish kills and algal blooms.

According to data from the US Environmental Protection Agency, 50 percent of the nation’s rivers and streams and 55 percent of its lakes are now “impaired,” according to a report released by the non-profit Environmental Integrity Project in March. This implies half of all such waterbodies in the United States are either too contaminated to be used for recreation, fishing, or drinking water, or are too filthy to support animal populations ranging from oysters to otters.

Experts from all throughout the country concur that answers are difficult to come by. Some argue that the Clean Water Act and its restrictions should be modernised in order to combat nonpoint source contamination. Others prefer incentive-based programmes to encourage farms and homeowners to adopt excellent practises on their own.

Other cities throughout the nation are being plagued by similar problems. With acute illnesses such as pneumonia, vomiting, diarrhoea, and other severe health issues being major concerns  due to runoff pollution.

Many groups have advocated for the successful treatment of these waterbodies to eliminate this problem, but that is not a complete solution. Chemicals such as chlorine can destroy these pollutants, but their by-products can also be extremely harmful. Therefore, the only solution is finding a way to reduce pollution in these waters.