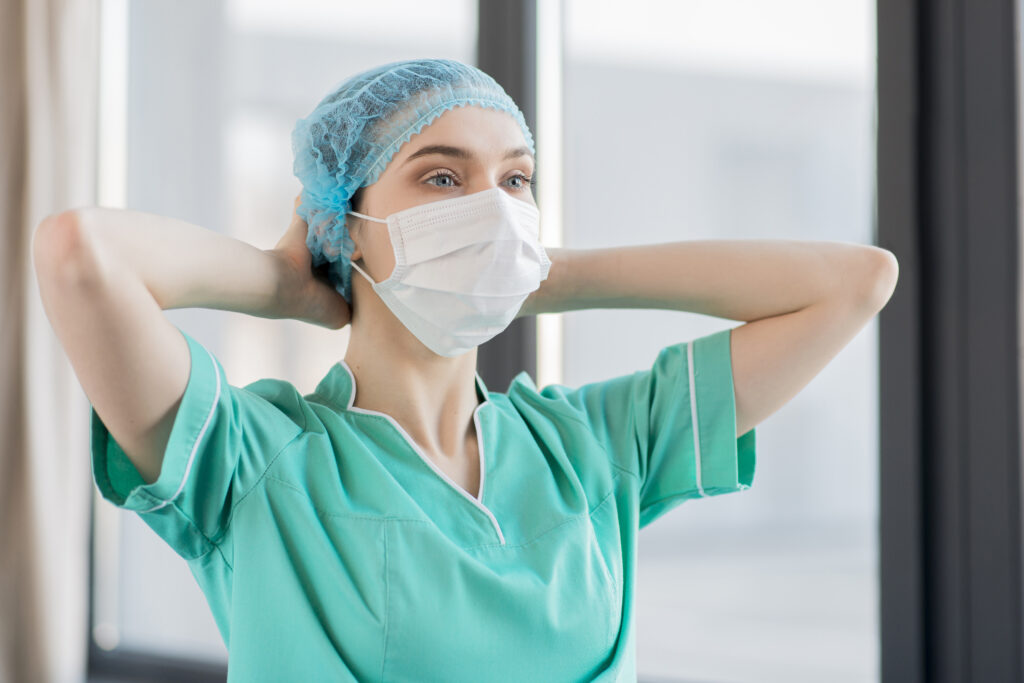 Many hospitals in the United States are searching abroad for health care employees due to a critical shortage of nurses caused by a flu pandemic.

This year, there are twice as many green cards available for foreign professionals, including nurses, who wish to relocate to the United States as there were just a few years ago. During the coronavirus outbreak, U.S. consulates were not issuing visas to relatives of American citizens, and these unused seats were being transferred to eligible workers.

In the last two years, Amy L. Erlbacher-Anderson, an immigration attorney in Omaha, Nebraska, has seen more demand for foreign nurses than she has in her entire 18-year career. And this year, she said, it’s more probable that they’ll be granted permission to visit, as long as U.S. consular officials can complete all of the applications.

“We now have twice the number of visas available as we had in decades,” she remarked. “That’s creating an open situation for the time being.”

Hospitals in the United States are dealing with a nursing shortage that has been exacerbated due to pandemic burnout, which has caused many to resign or leave their positions. Meanwhile, the number of coronavirus cases fluctuates, putting a strain on the healthcare system. According to a recent analysis from the University of California, San Francisco, there is a projected shortage of 40,000 nurses in California or 14% of the workforce.

Hospitals are replacing the void by employing traveling nurses, but this is costly. In addition, hospital executives claim that not enough nurses are graduating from American nursing schools each year to meet demand.

Nurses from the Philippines, Jamaica, and other English-speaking nations have long been employed in some hospitals, and more are currently doing so. Long-time recruiters and newbies are attempting to capitalize on the green card windfall before the fiscal year ends in September.

Every year, the United States issues at least 140,000 green cards to persons who want to move to the nation permanently for specific professional vocations, such as nursing. The majority are given to persons already in the United States on temporary visas; however, some are given to employees from other countries. This year, 280,000 green cards are available, and recruiters are hoping that some of the surpluses will be snatched up by nurses looking for employment in pandemic-weary hospitals in the U.S.

The Biden administration, which is working to reverse Trump-era restrictions restricting legal immigration, has made some efforts to assist foreign health care professionals in fighting the pandemic. U.S. Citizenship and Immigration Services announced that it would expedite the renewal of work permits for healthcare workers, perhaps helping to keep some foreign workers in the country. According to a State Department official, consulates were advised last year to prioritize applications for workers at facilities responding to the pandemic.

Faith Akinmade, a 22-year-old Nigerian nurse, is one of the many hoping for a swift resolution. Akinmade has been working as an ICU nurse for the University of Louisville Hospital in Kentucky since graduating from college in the United States. Her employment permit, though, is due to expire in March. She stated that she needed it renewed or her green card authorized to keep her employment.

“At this point and time, I just feel like I have trust that something will show up to continue to function by the end of March,” Akinmade added. She said the problem affects international and domestic colleagues, who may be forced to shift for coworkers if their immigration paperwork is delayed.

Dr. Roxie Wells, president of Cape Fear Valley Hoke Hospital in Raeford, North Carolina, said she began recruiting international nurses before the epidemic. Still, until last year, these candidates received consular interviews in more significant numbers. About 150 people have been permitted to work so far, but Wells says they are still waiting on another 75.

“Obviously, with the pandemic, it has become more critical,” she remarked. “We’d be in a lot of trouble if we didn’t have the 150.”

The outbreak of the omicron variety in the United States has exacerbated the hospital staffing crisis, as healthcare employees, like so many others, have been sickened by the highly contagious virus and forced to miss work when more patients are arriving.

Since the pandemic began, the demand for overseas nurses has increased by 300 percent to 400 percent, according to Sinead Carbery, president of AMN Healthcare’s Nurse Staffing Solutions. Even with the additional green cards, the number of nurses brought into the United States will not be adequate to fulfill demand. She added that many more recruiters are now looking to attract nurses overseas because immigration visas are available.

“This is a once-in-a-lifetime opportunity,” she explained. “There’s a lot of competition for that skill since everything is doing so well.”

National Nurses United, which represents 175,000 registered nurses, believes that international recruitment should be scrutinized more closely to guarantee that foreign nurses are not brought in and subjected to harmful working conditions. According to the union, hospitals allegedly pushed away American nurses by maintaining low staffing levels, which was well before worries about worker safety and protections developed during the COVID-19 outbreak.

According to Michelle Mahon, the union’s associate director of nursing practice, many foreign nurses sign yearlong contracts with employers, making it difficult to speak up about labor or patient safety problems. She added that hospitals that lost nurses during the pandemic rely on offshore delivery to fill the void.

“This type of dynamic is especially appealing right now to companies that have not implemented any of the essential modifications to protect patient and nursing safety during the COVID-19 outbreak,” Mahon added. “Instead of dealing with the genuine issue, they want to shift to this other completely phony solution.”

On the other hand, hospital executives argue that there aren’t enough American-trained nurses to go around. According to Patty Jeffrey, president of the American Association of International Healthcare Recruitment, the United States should expand nursing education programs to train more nurses locally and internationally. However, she did admit that bringing in a more significant number of nurses would necessitate legislation.