Menu
World Health Day 2022: Creating An Equitable and Healthier World For All - medtigo

World Health Day 2022: Creating An Equitable and Healthier World For All 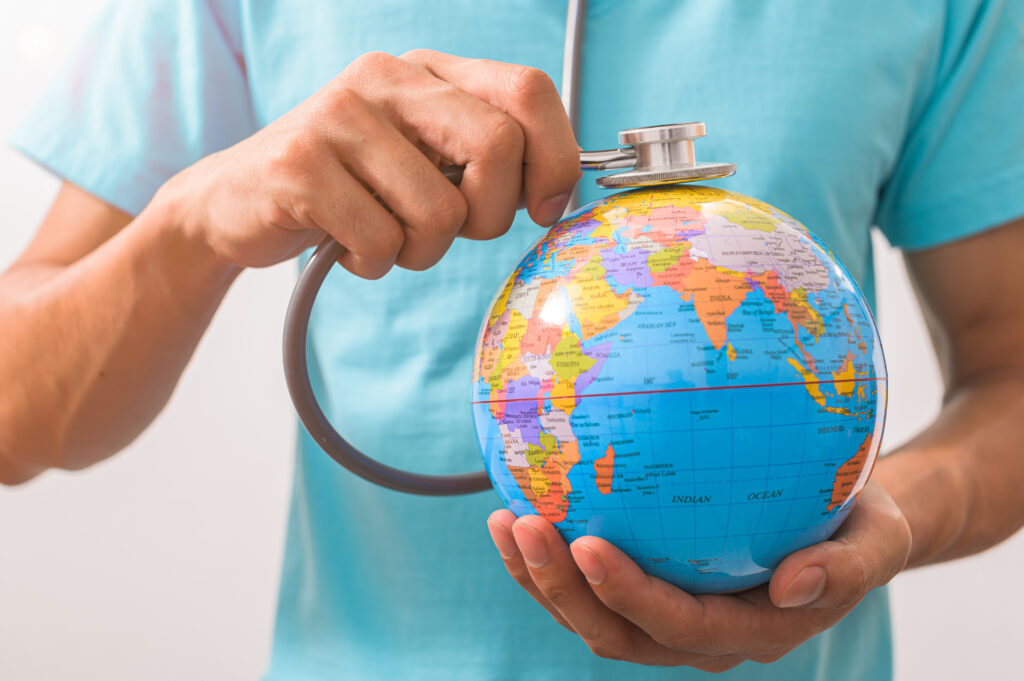 Every year, World Health Day is observed to raise awareness about the ongoing health challenges that affect people worldwide. The topic was chosen this year by the WHO is “Our Planet, Our Health.” It is a WHO project to increase awareness of people’s general health and well-being across the world. World Health Day will be observed for the 72nd time this year.

Living in the midst of a pandemic has presented us with several emotional hurdles. Covid-19 was a horrific worldwide event that had far-reaching effects on our minds and bodies. In the aftermath of the epidemic, mental health specialists provide advice on how to maintain optimal well-being. This year, we recognize not just the negative consequences of unhealthy habits but also how our planet’s health impacts ours, NDTV India reports.

According to the WHO, more than 13 million people die each year due to preventable environmental causes throughout the world. This covers the issue of climate change. It is the world’s single most serious health threat. Climate and health crises are being fuelled by our political, social, and commercial actions. The extent of the crisis is that 90% of our population inhales polluted air caused by the combustion of fossil fuels.

Here are some ways that the Climate Crisis is also a Health Crisis.

Industrial waste: Wastewater is produced as a result of industrial activities. It includes heavy metals and poses a serious danger to public health and natural systems. The removal of harmful metal ions from a variety of water sources is effective. If it is not properly disposed of, it can pollute the soil, air, and water. This can also have a harmful effect on human health.

Increase in wildfires: The stress of witnessing or losing loved ones or property to these disasters can significantly impact people’s mental health. The possibility of wildfires has grown as the temperature of the climate has risen. Wildfires have a negative impact on both the flora and wildlife of the impacted areas. Wildfires inflict physical harm, but they may also contaminate the air and create respiratory problems.

Climate change is already affecting people’s health in a number of ways. It includes increased death and sickness due to increasingly prevalent extreme weather events such as storms, heatwaves, and floods, as well as food system disruptions, food-borne infections, and mental health difficulties. Climate change also threatens many social determinants of human health, equality, and access to health care, such as livelihoods and social support networks. Although it is undeniable that climate change has an influence on human health, correctly estimating the scope and impact of many climate-sensitive health hazards remains difficult, as reported by NDTV.

Human well-being, justice, and ecological sustainability are the aims of a well-being economy. Long-term investments, well-being budgets, social protection, and budgetary methods are all used to achieve these objectives. The legislative effort, business reform, assistance, and incentives for individuals to adopt healthy choices are all needed to break these destructive environmental and human health cycles.