Menu
You Might No Longer Be Able To Smoke Flavored Cigars, Menthol Cigarettes - medtigo

You Might No Longer Be Able To Smoke Flavored Cigars, Menthol Cigarettes 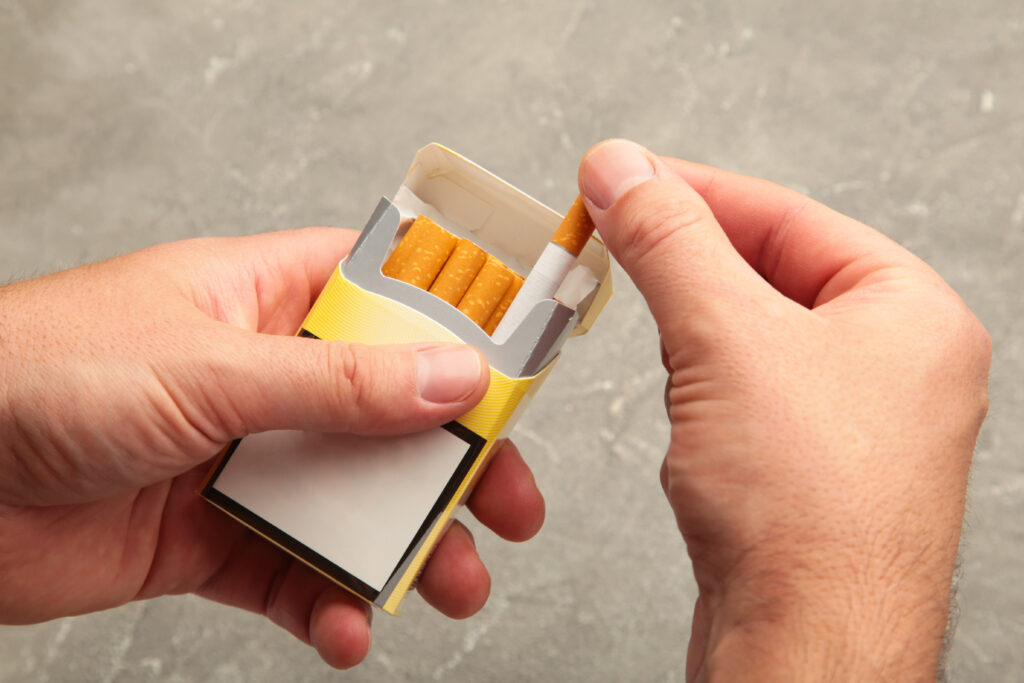 The US Food and Drug Administration proposed guidelines to ban menthol cigarettes and flavored cigars on Thursday first announced a year ago.

In an FDA news release, US Health and Human Services Secretary Xavier Becerra stated, “The proposed guidelines would help prevent children from becoming the next generation of smokers and assist adult smokers quitting.”

According to the Washington Post, the potential bans were reviewed by FDA Commissioner Robert Califf before a legislative subcommittee on Thursday.

According to the Washington Post, Califf told the panel that the proposed prohibitions would “lower the mortality risk of current menthol cigarettes or flavored cigars, smokers, by considerably reducing their consumption and boosting the possibility of stopping.”

Woodcock said that the ban would “address health inequities suffered by communities of color, low-income groups, and LGBTQ+ individuals, who are considerably more prone to consume tobacco products.”

The proposed ban has been praised by anti-smoking and civil rights activists.

According to Carol McGruder, co-chair of the African American Tobacco Control Leadership Council, “this is a big step forward” in eliminating health inequities caused by smoking.

According to the FDA and US News, there were over 18.5 million menthol cigarette smokers aged 12 and older in the United States in 2019, with young people, Black people, and other minorities having the highest rates of use. According to the agency, modeling studies estimate a 15 percent reduction in smoking within 40 years if menthol cigarettes are no longer available. Those same studies estimate that 324,000 to 654,000 smoking-related deaths would be avoided overall (92,000 to 238,000 among Black Americans) over that time.

Experts agreed that enforcing the proposed prohibition would have a huge impact on public health. According to the US Centers for Disease Control and Prevention, black men have the highest incidence of lung cancer in the country, owing mostly to smoking.

In a statement, Lisa Lacasse, president of the American Cancer Society’s Cancer Action Network, said, “FDA’s actions today send a clear message that Big Tobacco’s strategy of profiting off addicting Black Americans will no longer be accepted.” “In the United States, Black guys had a 15 percent higher lung cancer death rate than white males. We must take bold measures to eliminate the industry’s targeting of Black communities if we are to address these very real health inequities.”

Dr. Raja Flores is the chair of thoracic surgery at New York City’s Mount Sinai Health System.” He explained, “It’s a crime that this has gone on for so long and that they’ve targeted the most vulnerable people, including African Americans… We observe the inequities and outcomes in Black patients as a result of menthol cigarettes. They do not fare as well as white lung cancer sufferers. It’s past time for us to take action to put an end to this.”

If the United States’ experience mirrors Canada after menthol cigarettes were banned, Geoffrey Fong, principal investigator of the International Tobacco Control Policy Evaluation Project, said as many as 1.3 million people could quit smoking. Potentially hundreds of thousands of premature deaths could be avoided.

The New York Times quoted Fong as saying, “This might be an incredible, groundbreaking effort to lower the No. 1 preventable cause of mortality and disease.”

According to Harold Wimmer, president, and CEO of the American Lung Association, the proposed prohibition might be “the single most significant move taken by FDA in its nearly 13-year history of regulating tobacco products.”

In a statement, Wimmer stated, “Tobacco usage is the leading cause of preventable death among Black Americans, claiming 45,000 lives per year.” “In the United States, black men have the highest rates of lung cancer, and black middle and high school pupils smoke flavored cigars at higher rates than cigarettes. These figures did not appear by chance. They are the outcome of the tobacco industry’s decades of marketing to Black communities. Stopping the sale of these flavored tobacco products will pave the way for decades of inequities in tobacco use, sickness, and death in Black and brown communities to be reversed.”

On the other hand, anti-smoking groups estimated that the restrictions would take at least two years to take effect.

The FDA has a responsibility to protect public health by banning the sale of all flavored tobacco products, The American Heart Association’s CEO, Nancy Brown, stated in a statement. “The American Heart Association and our countrywide network of advocates will continue to work closely with the FDA to ensure that the final rules are as strong and comprehensive. We encourage the FDA to publish final rules as soon as possible and remove these dangerous items from the market.”